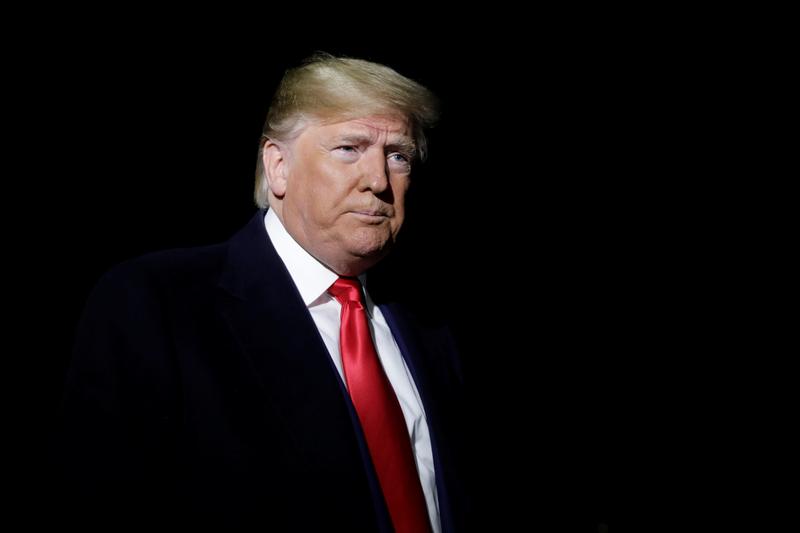 WASHINGTON (Reuters) – The Trump administration said on Monday it filed paperwork to withdraw the United States from the Paris Agreement, the first formal step in a one-year process to exit the global pact to fight climate change.

The move is part of a broader strategy by President Donald Trump to reduce red tape on American industry, but comes at a time scientists and many world governments urge rapid action to avoid the worst impacts of global warming.

Once it exits, the United States – the top historic greenhouse gas emitter and leading oil and gas producer – will become the only country outside the accord.

U.S. Secretary of State Mike Pompeo confirmed the step in a Twitter post on Monday and pointed out that the United States had trimmed its emissions here in recent years even as it had grown its energy production.

“The U.S. is proud of our record as a world leader in reducing all emissions, fostering resilience, growing our economy, and ensuring energy for our citizens,” he said.

The State Department’s letter to United Nations Secretary General Antonio Guterres starts the clock on a process that will be complete one day after the 2020 U.S. presidential election.

All the top Democratic presidential contenders seeking to unseat Trump have promised to re-engage in the Paris Agreement if they win. But the withdrawal could leave a lasting mark, said Andrew Light, a senior fellow at the World Resources Institute and former adviser to the U.S. climate envoy under Democratic President Barack Obama.

“While it serves the political needs of the Trump administration, we will lose a lot of traction with respect to U.S. influence globally,” he said.

Trump campaigned on a promise to rescind that pledge, saying it would hurt the U.S. economy while leaving other big polluters like China to increase emissions. He was bound by U.N. rules to wait until Nov. 4, 2019, to file exit papers.

Trump has already moved, however, to unwind a slew of Obama-era rules limiting emissions – including from the electricity industry, automobiles and the oil and gas drilling sector. A report this year by state attorneys general said those rollbacks here could amount to a boost in U.S. carbon emissions of over 200 million tonnes a year by 2025.

Teresa Ribera, Spain’s environment minister, said on Twitter that the formal withdrawal – although expected – dealt a blow to the Paris deal. Spain will host the next round of climate negotiations in place of Chile in early December.

“I deeply regret this decision, which, no matter how it was announced, is no less worrying,” she wrote.

“The next president will need to rejoin the accord immediately and commit to the rapid, wholesale clean-energy transformation the climate emergency demands,” said Jean Su, energy director with the Center for Biological Diversity.

A report by the U.N. Intergovernmental Panel on Climate Change said last year the world had little over a decade to rapidly reduce emissions from fossil fuels use to keep global temperatures from rising more than 1.5 degrees Celsius (2.7 degrees F).

Beyond that warming threshold, the planet becomes more likely to see dramatic cascading effects of climate change, from sea-level rise to more frequent intense storms, droughts, floods and heat waves, according to the report.

In the absence of U.S. federal leadership on climate change, several Democratic states and municipal governments have sought to apply their own regulations curbing emissions and promoting renewable energy sources like solar and wind.

Alden Meyer, director of policy at the Union of Concerned Scientists, said states, cities and businesses representing more than half of the U.S. gross domestic product and population remained committed to the Paris Agreement’s goals.

“Unlike the president, these leaders understand that reducing emissions creates jobs and protects local communities, while it is inaction on climate that poses the real threat to prosperity,” he said.

Until its formal exit, the United States will continue to participate in negotiations over technical aspects of the agreement, represented by career State Department officials.

The United States and China, the world’s two largest carbon emitters, have recently been leading negotiations of the Paris “rule book” that outlines transparency and reporting rules.

Reporting by Valerie Volcovici; Additional reporting by Michelle Nichols at the United Nations and Humeyra Pamuk in Washington; Editing by David Gregorio and Peter Cooney