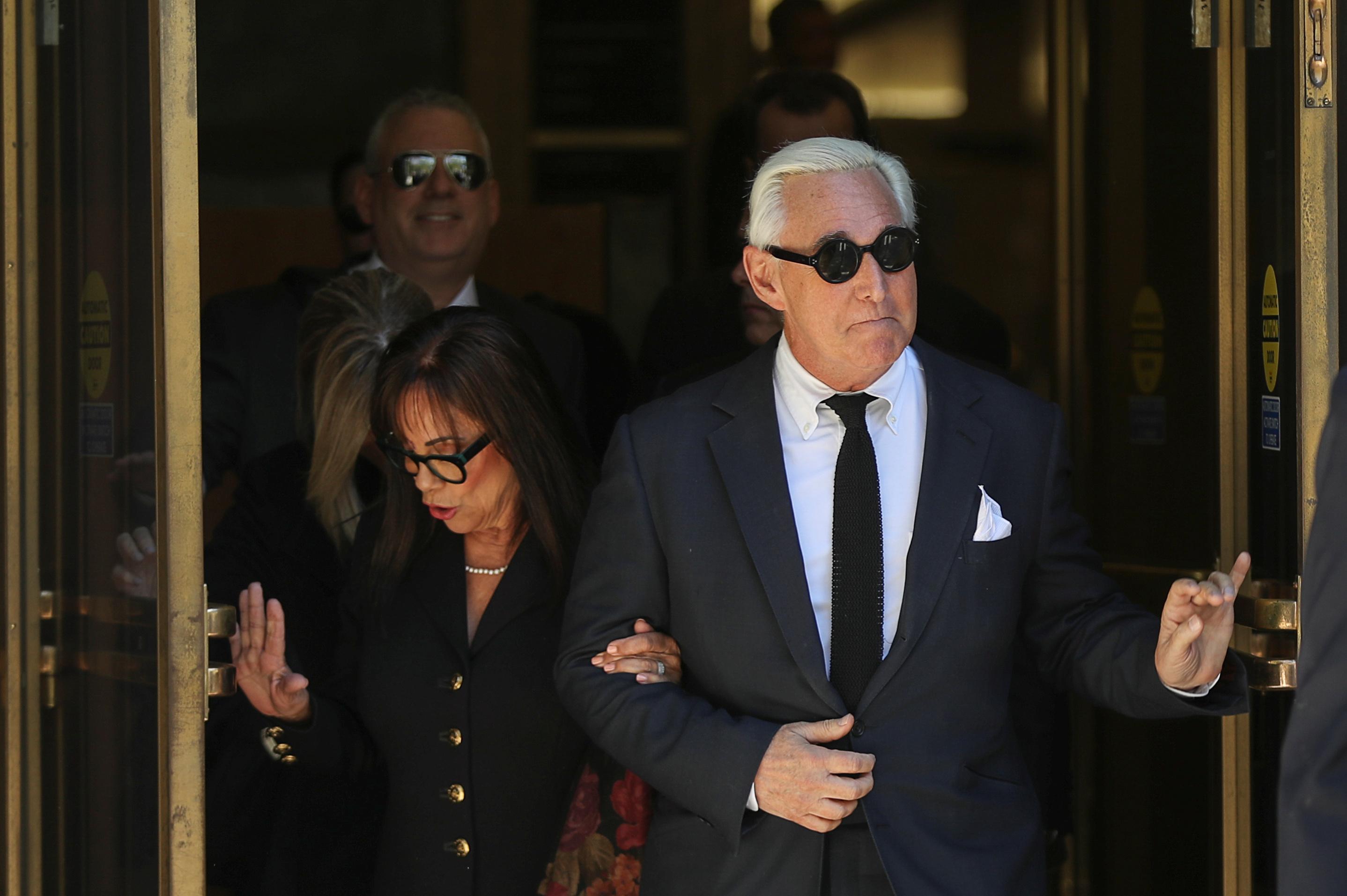 WASHINGTON (Reuters) – The criminal trial of President Donald Trump’s longtime adviser Roger Stone is set to begin on Tuesday in what could become a colorful sideshow generating unflattering headlines for the president even as he faces a fast-moving impeachment inquiry.

Stone, a longtime Republican operative and self-described “dirty trickster” and “agent provocateur,” has pleaded not guilty to charges of obstructing justice, witness tampering and lying to the House of Representatives Intelligence Committee. That committee is now spearheading the impeachment inquiry in the Democratic-led House focusing on the Republican president’s request that Ukraine investigate political rival Joe Biden.

The trial will start on Tuesday with jury selection, and opening statements could begin as soon as Wednesday, U.S. District Judge Amy Berman Jackson said on Monday.

The charges arose from former Special Counsel Robert Mueller’s investigation that detailed Russian interference in the 2016 U.S. election to boost Trump’s candidacy. They center on whether Stone lied to lawmakers about the Trump campaign’s efforts to obtain emails stolen by Russia and published by the Wikileaks website to undercut his Democratic opponent, Hillary Clinton.

The indictment refers to an October 2016 email from a “high-ranking Trump Campaign official” asking Stone to inquire about future releases of emails by “Organization 1,” a reference to Wikileaks. Stone responded that “Organization 1” would release “a load every week going forward.” The election was in November 2016.

The high-ranking official is believed to be former Trump adviser Steve Bannon, who is among the potential witnesses in the trial along with Trump’s former deputy campaign manager Rick Gates, radio host Randy Credico and conservative author Jerome Corsi.

Prosecutors have not yet made their witness list public, though they said at a pre-trial hearing on Monday that they intend to call an FBI agent as their first witness.

Stone is accused of threatening Credico and his little white dog Bianca, and trying to intimidate him in text messages by urging him to “do a ‘Frank Pentangeli’” – a reference to a character in the movie “The Godfather Part II” who recants his testimony to Congress about mobster Michael Corleone amid witness intimidation.

The judge ahead of the trial imposed a gag order on Stone that grew increasingly broad over time after he first posted what appeared to be a photo of her next to an image of gun crosshairs on his Instagram account, and later violated her order by continuing to discuss the case and making disparaging comments about the House Intelligence Committee chairman.

Jackson has barred Stone from advancing a discredited conspiracy theory disputing Russia’s role in the hacking of Democratic emails as part of his defense at trial, finding that his claims are irrelevant.

Reporting by Sarah N. Lynch; Editing by Will Dunham