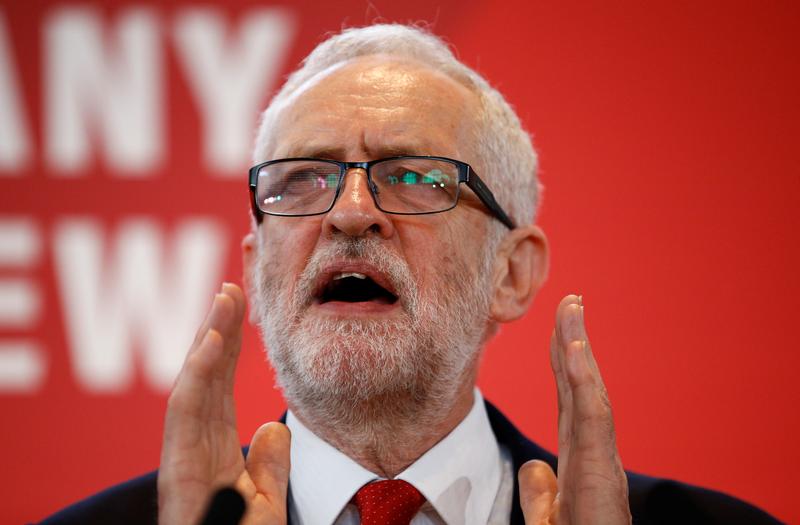 The Conservatives will “unleash Thatcherism on steroids”, Corbyn will say in a campaign speech ahead of the Dec. 12 election, referring to former prime minister Margaret Thatcher who oversaw the privatisation of many state-owned industries.

Corbyn, whose party is trailing the Conservatives in opinion polls, will say Johnson’s government would include the National Health Service (NHS) in any post-Brexit trade deal with the United States.

“This threat to our NHS isn’t a mistake. It’s not happening by accident. The threat is there because Boris Johnson’s Conservatives want to hijack Brexit to sell out the NHS and sell out working people by stripping away their rights,” he will say in a speech in Harlow, north of London, according to extracts released by his office.

“They want a race to the bottom in standards and protections. They want to move us towards a more deregulated American model of how to run the economy.”

Johnson has repeatedly said the NHS, which voters cite as the second most important issue after Brexit, would not be on the table in any trade talks.

Last week, U.S. President Donald Trump denied Labour’s claims that the NHS would be up for grabs, telling LBC radio: “It’s not for us to have anything to do with your healthcare system.”

Britain is heading for its first winter election since 1923 in a bid to break the deadlock over its exit from the EU, more than three years after the 2016 referendum vote to leave the bloc.

Corbyn will repeat Labour’s pledge to renegotiate Britain’s exit deal with the EU, something it says will take no longer than three months as it has discussed the terms with the bloc. Labour would then hold a second Brexit referendum, giving voters the choice between Labour’s deal and staying in the EU.

“A Labour government will get Brexit sorted within six months by giving you, the British people, the final say,” Corbyn will say.