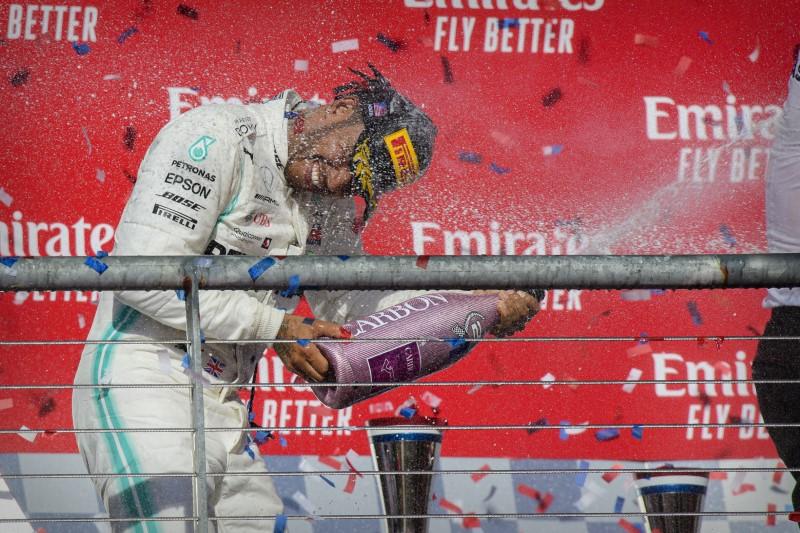 AUSTIN, Texas (Reuters) – An emotional Lewis Hamilton said he felt overwhelmed, honored and ‘more humble than ever’ after becoming the second Formula One driver after Michael Schumacher to win six world championships.

“Right now it’s hard to understand what I’m feeling,” the Mercedes driver told reporters after finishing second in the U.S. Grand Prix in Austin to take an unassailable lead with two races to spare.

“Cloud Nine doesn’t even get close to where I am,” added the 34-year-old. “It’s somewhere far above that.”

The race was won by team mate Valtteri Bottas, the Briton’s only title rival who started on pole position and had to triumph and hope Hamilton finished out of the top eight.

“It’s just overwhelming, if I’m really honest,” Hamilton, who had started in fifth place, said before the podium celebrations.

“It was such a tough race today. Yesterday was a really difficult day for us, Valtteri did a fantastic job so huge congratulations to him. Today I just really wanted to recover and deliver the one-two for the team.

“I was pushing as hard as I could, I was hopeful that I might be able to win (the race) today but didn’t have it in the tyres unfortunately.”

Hamilton’s success was witnessed by his father, mother, step parents, and uncle and aunt who flew in from Trinidad.

“It’s naturally just pure happiness. I feel more humble than ever… just looking at my dad’s smile says it all. He’s supported me from day one, as did (stepmother) Linda, as did my mum,” he said.

“They worked so hard for me to be here today so I wanted them to come out together.”

The sixth title left Hamilton one behind Schumacher’s all-time record of seven and ahead of the late five-times champion Juan Manuel Fangio of Argentina.

“I’m filled with so much emotion,” said the Briton.

“It’s an honour to be up here with those greats.”

Asked how far he could go now, in terms of titles and wins, Hamilton replied: “I don’t know about championships but as an athlete I feel fresh as can be right now.

“I’m ready for the next race. These next races we won’t let up, we’ll keep pushing.”

Writing by Alan Baldwin in London, editing by Christian Radnedge