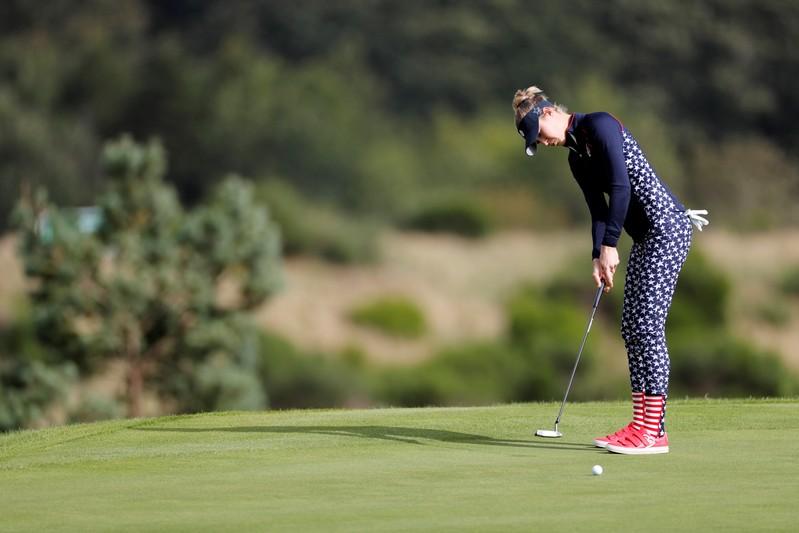 In a rare co-incidence, Korda beat Masson in the playoff.

McDede and Masson are due to be married next year, and Sunday was the first time they had gone head-to-head vying for an LPGA title.

McDede came out on top when his boss Korda birdied the first extra hole at Miramar Golf Club in New Taipei City.

German Masson described the experience as “a little funny” but was magnanimous in defeat.

“I’m quite happy to see them win,” she said of the Korda-McDede professional partnership.

“I’m proud of the two of them, the way they work together, and hopefully I get another chance to beat them down the stretch the next few years.”

She, Masson and Australian Minjee Lee finished the regulation 72 holes at 18-under-par 270.

Reporting by Andrew Both in Tokyo; Editing by Toby Davis