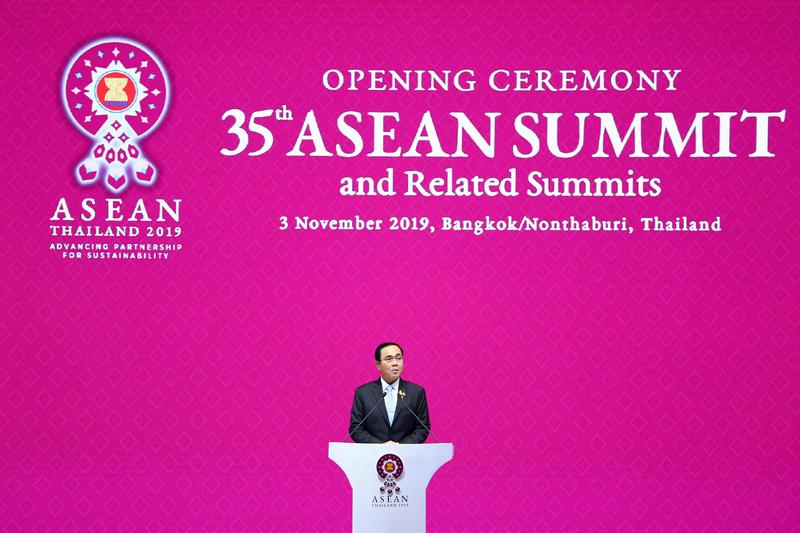 BANGKOK (Reuters) – Southeast Asian leaders, worried by the U.S.-China trade war, pushed for a deal on what could be the world’s largest trade bloc on Sunday as officials worked behind the scenes to try to salvage progress following new demands from India.

Hopes of finalizing the Asia-wide Regional Comprehensive Economic Partnership (RCEP), which is backed by China, have been thrown into doubt at the summit of the Association of Southeast Asian Nations (ASEAN) in Bangkok, Thailand.

Indian Prime Minister Narendra Modi did not even mention the RCEP deal in opening remarks at a meeting with Southeast Asian leaders and instead spoke only of reviewing the existing trade agreement between ASEAN and India.

“This will help not only further strengthen our economic relations, but our trade will also be more balanced,” Modi said.

The 16 countries in RCEP would account for a third of global gross domestic product and nearly half the world’s population.

But India is worried about a potential flood of Chinese imports. A person with knowledge of New Delhi’s negotiations said new demands were made last week “which are difficult to meet.”

Southeast Asian countries had hoped at least a provisional agreement could be announced on Monday.

“We should continue to work to conclude negotiations on the RCEP within this year to stimulate economic growth, as well as trade and investment,” Thai Prime Minister Prayuth Chan-ocha told the formal opening of the ASEAN summit on Sunday.

He highlighted the risks of “trade frictions” and “geo strategic competition” in a region where the trade tensions between the United States and China have helped drive growth to its slowest in five years in 2019.

Some countries have raised the possibility of moving ahead without India on forming a bloc that also included Japan, South Korea, Australia and New Zealand.

But Thai commerce minister Jurin Laksanawisit told Reuters on Sunday that India had not pulled out and all was good on RCEP negotiations.

Another advantage for Southeast Asian countries of having India in the trade pact is that it would be less dominated by China.The U.S. decision to send a lower level delegation to the summits this year has raised regional concerns that it can no longer be relied on as a counterweight to China’s increasing regional might. [nL8N27E6MP]

China’s premier, Li Keqiang, met ASEAN leaders on Sunday and said China was ready to work with countries in the region for long term peace and stability in the South China Sea, where neighbors reject Beijing’s sweeping maritime claims. [nL3N27J01T]

Li cited this year’s progress on a code of conduct, due for completion within three years. A legally binding code has long been a goal for ASEAN members sparring over what they see as China’s disregard of sovereign rights and its obstruction of their energy exploration and fishing.

(Corrects paragraph 7 to hope to announce, not sign, provisional agreement)