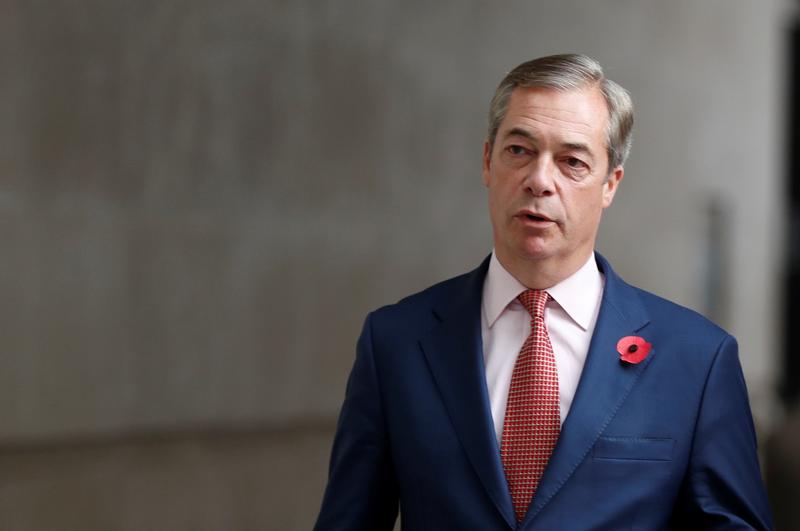 LONDON (Reuters) – Nigel Farage, the leader of Britain’s Brexit Party, said he would not stand in the next month’s election, choosing instead to campaign countywide against Prime Minister Boris Johnson’s EU divorce deal.

“I have thought very hard about this: How do I serve the cause of Brexit best?” he told the BBC’s Andrew Marr on Sunday.

“Do I find a seat and try to get myself into parliament or do I serve the cause better traversing the length and breadth of the United Kingdom supporting 600 candidates, and I’ve decided the latter course is the right one.”