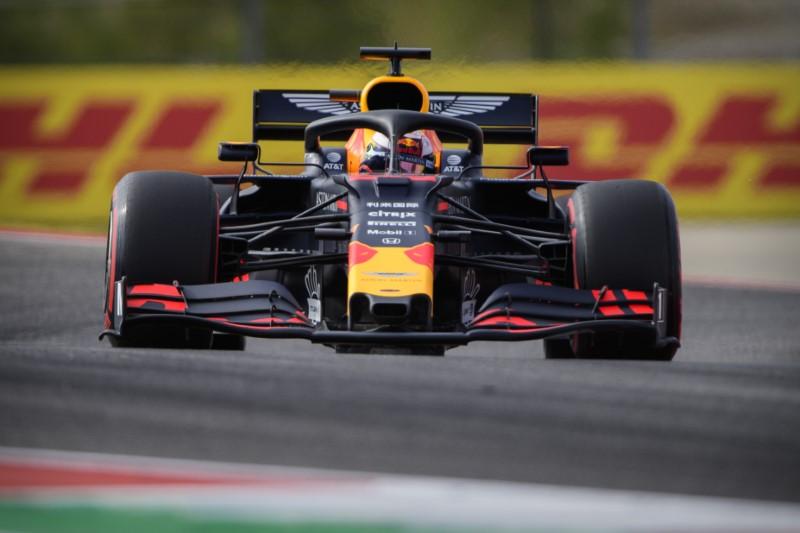 AUSTIN, Texas (Reuters) – Red Bull’s Max Verstappen set the pace in final practice on Saturday for the U.S. Grand Prix while Lewis Hamilton was an unbothered fifth best with a sixth drivers’ title already in his grasp.

Verstappen, who was stripped of his Mexican Grand Prix pole last Saturday after failing to slow for yellow warning flags, looked determined to return to the front row in Texas after posting the quickest lap of one minute 33.305 seconds around a bumpy Circuit of the Americas.

With Ferrari chasing a seventh consecutive pole, Sebastian Vettel turned in the second-best effort, 0.218 behind Verstappen, while McLaren’s Lando Norris was third.

Mercedes’s Valtteri Bottas, the only remote threat standing between Hamilton and another title, was fourth, ahead of his team mate.

Hamilton had good reason to be relaxed heading into afternoon qualifying as he is in a position to clinch the crown without even scoring a point on Sunday.

The Briton will secure the title if he finishes eighth or better but does not need to score any points at all if Bottas does not win.

Bottas, 74 points behind with three races remaining worth a maximum 78, has yet to finish higher than fifth in Texas.

Despite having a sixth title almost assured, Hamilton will want to do it in style.

Already the most successful driver in U.S. Grand Prix history with six wins including five in Texas, Hamilton has designated the Circuit of the Americas a “good hunting ground”.

Nobody has won in Texas without qualifying on the front row, though, and no one will want pole position more than Ferrari.

A seventh consecutive pole would equal a record for the Italian outfit that was achieved between the 2000 Italian Grand Prix and the 2001 Brazilian Grand Prix.

If Ferrari are to secure pole, it will likely fall to Vettel to get the job done after team mate Charles Leclerc endured another miserable day in Texas, pulling off the track early in the practice with smoke pouring out of the back of his car.

Ferrari later confirmed the issue as an oil leak and said they would replace the engine with an old one before qualifying.

It has been a problem-filled weekend for the young Monegasque who also saw his first free practice cut short with engine problems.