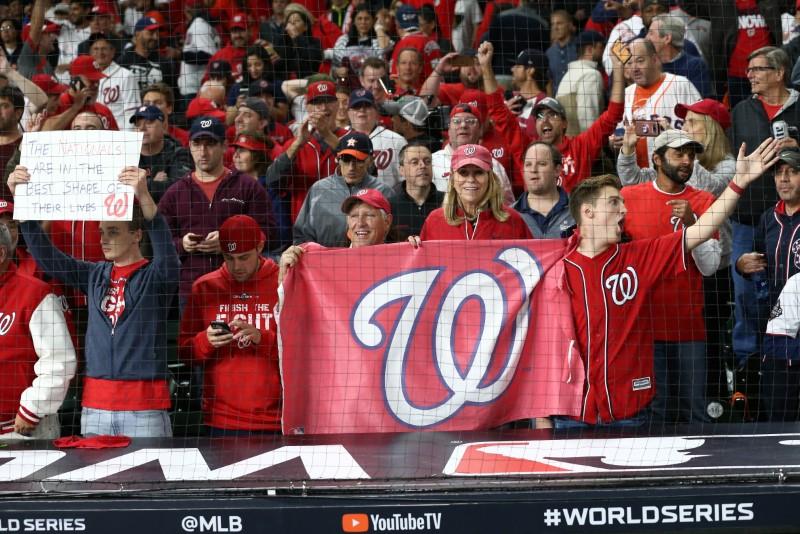 WASHINGTON (Reuters) – Political divisions were swept to one side as Washington baseball fans erupted in cheers at almost midnight on Wednesday to celebrate the city’s first World Series title since 1924 after the Nationals defeated the Houston Astros 6-2.

Despite wet weather, thousands of fans celebrated after the Nationals came from behind in Houston to win Game 7 of Major League Baseball’s best-of-seven championship series.

Hardy fans braved a watch party at the Nationals’ stadium on the Washington waterfront.

The Nationals’ run to the World Series title united fans from across the ideological spectrum even as Washington is embroiled in a growing impeachment inquiry into Republican President Donald Trump led by Democrats in Congress.[

Trump was booed by Nationals fans and regaled with chants of “lock him up” when he attended the fifth game of the series on Sunday in Washington.

The Nationals have played in Washington since 2005 when the franchise, formerly known as the Montreal Expos, moved from Canada.