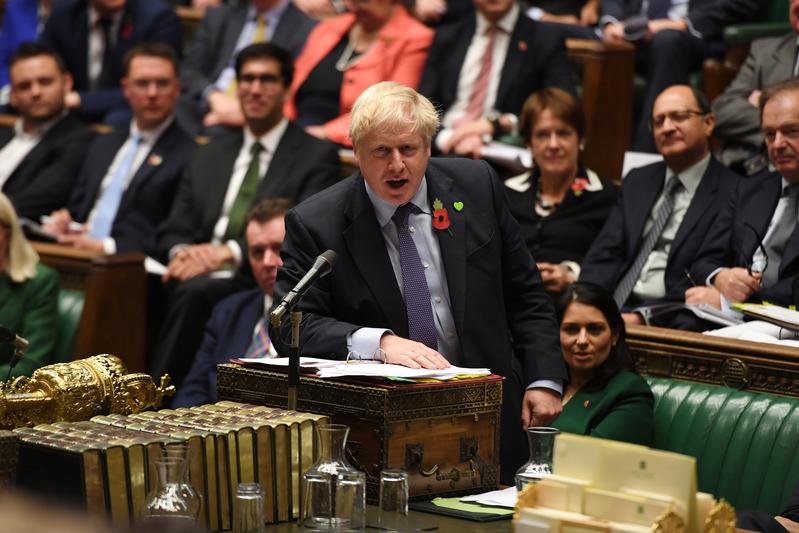 LONDON (Reuters) – British Prime Minister Boris Johnson and opposition leader Jeremy Corbyn will embark on their first full day of election campaigning on Thursday, pitching their starkly different visions for the country ahead of a highly unpredictable December poll.

On the day Britain had been scheduled to leave the European Union, the Conservative Party’s Johnson and Labour’s Corbyn will join other political leaders in fanning out around the country ahead of a Dec. 12 election.

Johnson will accuse the 70-year-old socialist of threatening the country’s future with his plan to hold another referendum on Britain’s membership of the European Union and possibly another on Scottish independence.

Corbyn will respond that the election offers a once-in-a-generation chance to get rid of the Conservatives and rebuild the country. “Real change is coming,” he will say on Thursday, according to remarks provided by his office.

Britain will hold its first Christmas election since 1923 after Johnson failed in his “do or die” promise to deliver Brexit by Oct. 31.

With parliament in deadlock, he has gambled that an election is the only way to break the logjam so he can push through the last-minute Brexit deal he struck this month with the European Union.

“Today should have been the day that Brexit was delivered and we finally left the EU,” Johnson said in pre-prepared remarks provided by his office. “But, despite the great new deal I agreed with the EU, Jeremy Corbyn refused to allow that to happen – insisting upon more dither, more delay and more uncertainty for families and business.”

Johnson, who was hailed by the U.S. president as Britain’s Donald Trump, will visit a school, hospital and police unit to argue that Britain needs to deliver Brexit so it can move on and focus on investing in public services.

Corbyn, a veteran campaigner, will pitch his vision of a radical socialist future for the world’s fifth largest economy, complete with sweeping nationalisation of rail, mail and water services.

He will use his first major speech of the election campaign to tackle what he calls “a corrupt system” and take on “the vested interests” of big business and media barons.

“This election is a once-in-a-generation chance to transform our country, take on the vested interests holding people back and ensure that no community is left behind,” he will say according to excerpts released by his office.

Britain’s next election is likely to be one of the hardest to call in years after Brexit smashed the historic loyalties to the two largest parties.

When Johnson’s predecessor, Theresa May, bet on an early election in 2017, she lost her slender majority in parliament. He then compounded that by throwing several lawmakers out of the party, making it almost impossible for him to win votes in parliament.

The Conservatives are ahead of Labour by an average of about 10 percentage points in polls this month, indicating a majority in the 650-seat parliament for Johnson, though pollsters admit their models are imperfect with turnout a key variable.