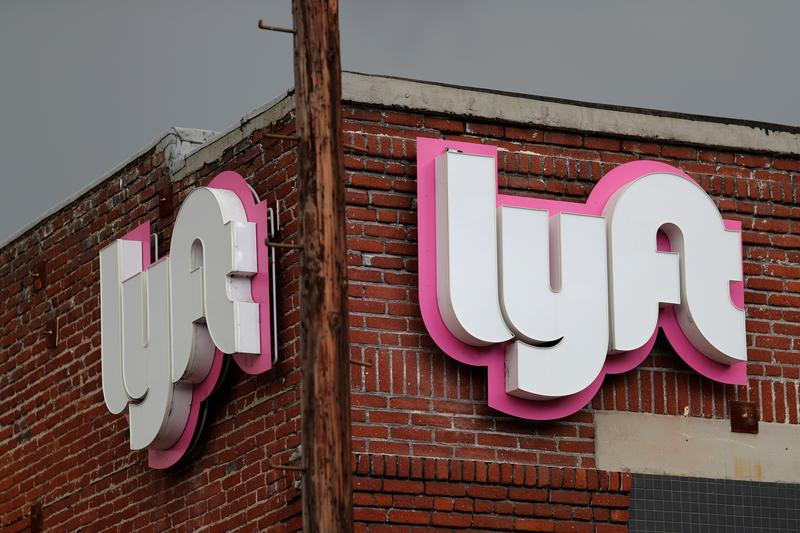 (Reuters) – Ride-hailing company Lyft Inc (LYFT.O) on Wednesday said higher-than-expected third-quarter revenues and an improved outlook showed it was well on its way to profitability by the end of 2021.

As pressure to become profitable mounts in the ride-hailing industry, Lyft executives said a growing number of customers were now paying full price for their rides, with discounts and promotional incentives decreasing.

Lyft, which operates in 300 cities in the United States and Canada, said its active rider customer base grew to 22.3 million, up 28% from a year ago. Its revenue surged about 63% to $955.6 million in the third quarter ended Sept. 30, beating analyst expectations.

The loss-making company and its larger rival Uber Technologies Inc (UBER.N) have historically relied on heavy subsidies to attract riders. But both companies are also spending to expand into other areas.

Lyft on average earned $42.82 in third-quarter revenue from each rider. Its sales and marketing expenses as a percentage of revenue decreased to 16%, down from 41% last year.

“We expect that these market conditions will continue as the industry focuses on achieving profitability,” Chief Financial Officer Brian Roberts said during a Wednesday call with analyst.

Lyft Chief Executive Logan Green earlier this month said the company expected to be profitable on an adjusted EBITDA basis in the fourth quarter of 2021, one year ahead of market expectations.

Shares of Lyft were up about 1% at $44.90 in after-hours trading. Investors overall have become more picky in recent months, as Wall Street shows waning patience for money-losing former unicorn startups.

Lyft has launched new initiatives and partnered with several companies as it battles Uber for a bigger share of the ride-hailing market.

The company hopes to become a one-stop mobility shop for passengers seeking to commute via ride-hailing, public transport, bike and electric scooter sharing, recently announcing changes to its app that display all transportation methods.

“We’re not doing food, we’re not doing trucking, we’re 100% focused on mobility,” Green said in an apparent dig at o rival Uber, which is expanding in food delivery and autonomous trucking development.

Lyft instead hopes to generate more revenue through its electric scooter and bike shares, available in 20 and eight U.S. cities, respectively. CFO Roberts on Wednesday said winter weather would lead to a $10 million fourth-quarter revenue reduction in those segments, however.

The company also plans to expand its partnership with corporations whose employees use Lyft as their primary transportation platform and with medical services that transport patients for non-emergency appointments.

Lyft said it expects revenue in the range of $975 million to $985 million for the fourth quarter, ahead of average analyst expectations for $942.6 million, according to IBES data from Refinitiv.

But it had also warned that as a company it might continue posting losses as it invests heavily in self-driving cars, renting scooters and other ventures.

Analysts estimate insurance expenses account for roughly half of Lyft’s costs and company executives on Wednesday were quick to point out that those items were decreasing.

Lyft has shifted some $87 million in insurance claims to Travelers Companies Inc (TRV.N), which administers the liabilities on behalf of the ride-hailing company. Lyft is exploring additional sales of older insurance claims to third-parties, it said on Wednesday.

Roberts said the cost of ride-hailing insurance as a percentage of revenue was lower in the third quarter than in the previous three months, without providing details. But he said partnerships with established insurance giants Progressive Corp (PGR.N) and State Farm will help the company further reduce cost, risk exposure and volatility.

Reporting by Noor Zainab Hussain and Akanksha Rana in Bengaluru and by Tina Bellon in New York; Editing by Sriraj Kalluvila, Matthew Lewis and Lincoln Feast.