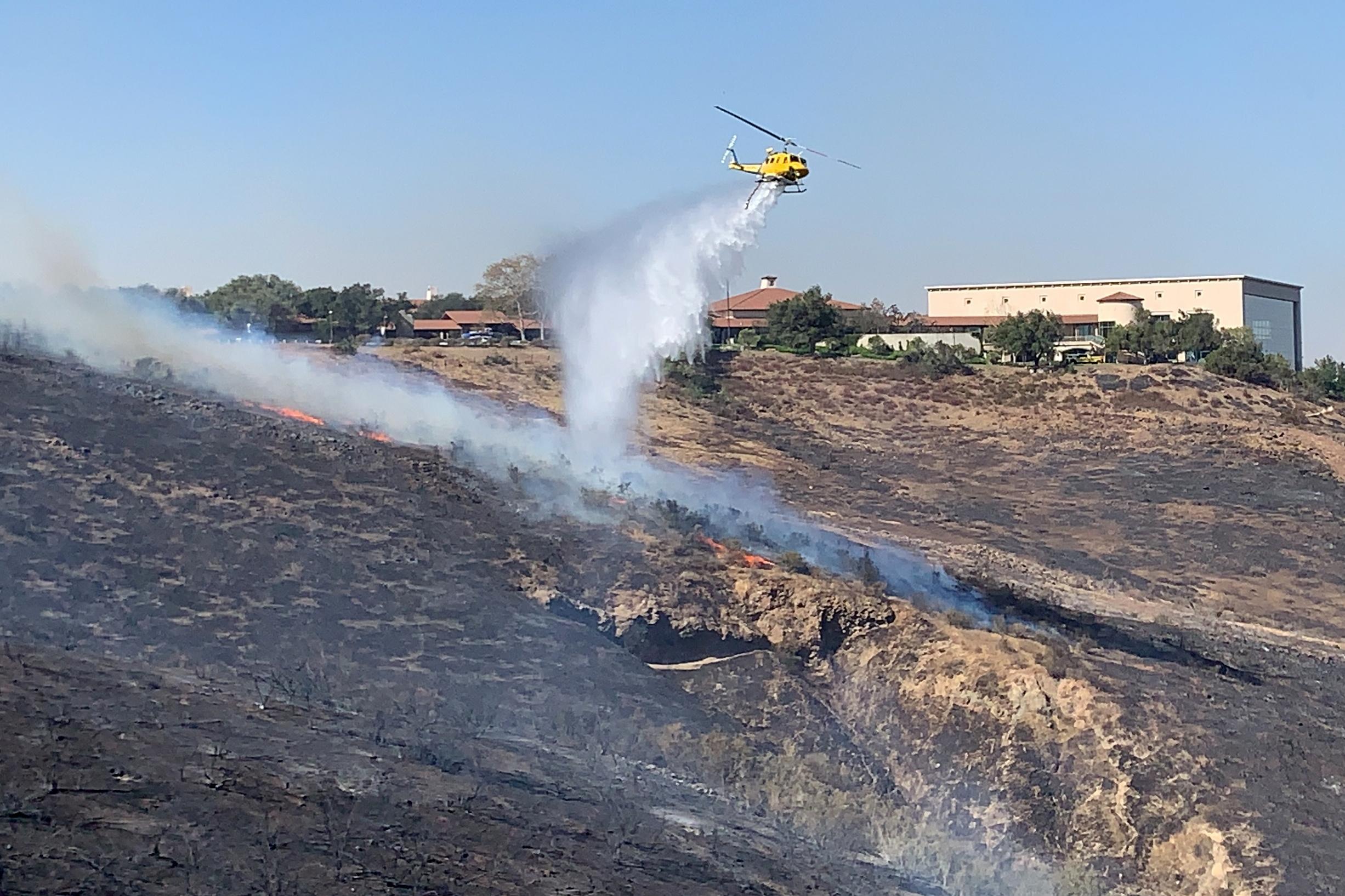 SIMI VALLEY, Calif. (Reuters) – A herd of 500 goats helped save California’s Ronald Reagan library from a wildfire on Wednesday, after the voracious animals earlier this year ate highly-flammable scrub surrounding the hilltop complex.

The hired animals munched through brush to create a fire break that on Wednesday slowed the fire and let aircraft douse flames before they reached exhibits like an Air Force One airplane and a piece of the Berlin Wall, a library spokeswoman said.

“We were told by one of the fire fighters that they believe that fire break made their job easier,” said Melissa Giller, adding that the goats were not on the hillside at the time of the fire. “The brush only went so far, it didn’t reach the library, because the goats ate it all.”

The library and museum near Simi Valley is the second big southern California institution in as many days to have been protected from a rash of wildfires by fire-prevention work.

Waves of helicopters and fixed-wing aircraft dropped water to try to save the site which honors the Cold War leader, and where Reagan and his wife Nancy are buried.

About 36 miles (58 km) northwest of downtown Los Angeles, the library displays Reagan’s key presidential papers as well as memorabilia like a Ford Mustang the couple drove.

With the high risk of wildfires in mind, the Reagan foundation hired the goats from local company 805 Goats in May.

With names ranging from Vincent Van Goat to Selena Goatmez, the animals like to eat invasive species ranging from poison ivy to chapparal shrubs that fuel wildfires, according to the company’s website.

“The result of goats grazing is similar to a low intensity fire,” 805 Goats said.

By early afternoon the Easy Fire had burned over 1,300 acres, whipped by wind gusts that tipped over semi trucks, according to fire authorities, which said the blaze was 5 percent contained

“All the flames are gone, all we see are charred hillsides,” said Giller. “We feel the worst is over and the Reagan library is safe.”