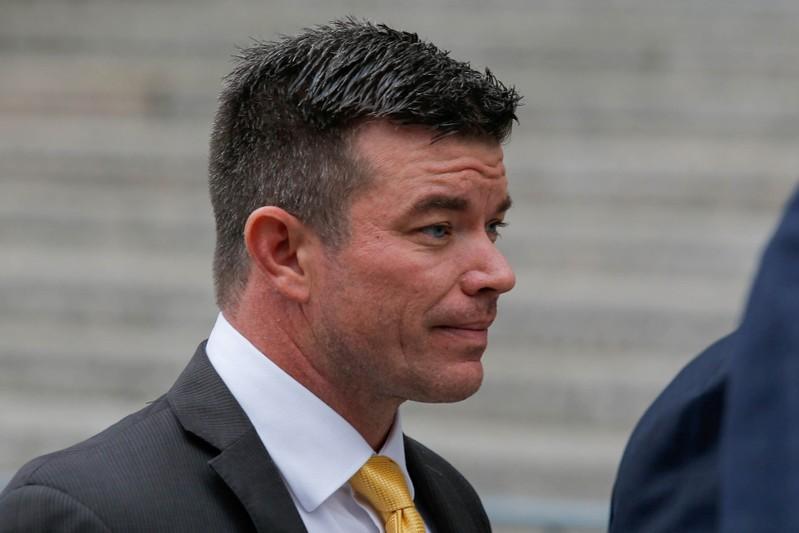 NEW YORK (Reuters) – A U.S. appeals court on Thursday upheld the convictions of two drug industry executives for defrauding Valeant Pharmaceuticals International Inc through a multimillion-dollar kickback scheme, but reduced how much they must forfeit for their crimes.

The 2nd U.S. Circuit Court of Appeals in Manhattan rejected arguments by Gary Tanner, a former Valeant executive, and Andrew Davenport, a former chief executive of mail order pharmacy Philidor Rx Services LLC, that the evidence did not support their convictions, and that the jury instructions were defective.

Nevertheless, the court said Tanner and Davenport should together forfeit no more than $9.7 million, the proceeds of the kickback scheme, rather than $9.7 million each as required by their trial judge, U.S. District Judge Loretta Preska.

It also said Preska abused her discretion by ordering $8 million in restitution to Valeant, now known as Bausch Health Cos, and told her to find a “sound methodology” to assess the Canadian company’s losses.

Tanner and Davenport had been sentenced to one year in prison in October 2018 after being convicted on four charges, including honest services wire fraud and money laundering conspiracy.

Their prosecutions were the first arising from probes into Valeant’s business practices, including whether it used Philidor to boost sales.

Prosecutors said Tanner funneled Valeant business to Philidor, and concealed a $9.7 million kickback that came from roughly $50 million that Davenport received when Valeant acquired an option in 2014 to buy his company.

“Tanner and Davenport insist that their case falls outside the paradigmatic cases of bribes and kickbacks,” Circuit Judge Raymond Lohier wrote for the appeals court. “Helping Philidor, they suggest, ultimately helped Valeant. We are not persuaded.”

Lawyers for Tanner and Davenport did not immediately respond to requests for comment. A spokesman for U.S. Attorney Geoffrey Berman in Manhattan declined to comment.