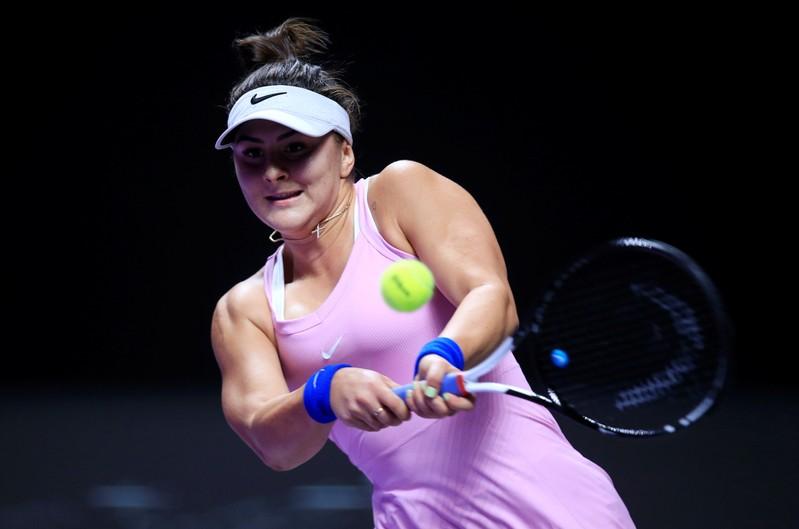 HONG KONG (Reuters) – U.S. Open champion Bianca Andreescu has withdrawn from the WTA Finals in Shenzhen, citing the knee injury sustained in her defeat by Karolina Pliskova as the reason for pulling out of the season-ending championships.

The Canadian suffered the injury three games into her meeting with Pliskova, and although she continued with a heavily strapped knee until the end of the first set, the 19-year-old was eventually forced to retire.

“I had a scan Thursday to check my knee after last night’s match, and unfortunately the results show that I need to withdraw,” Andreescu said.

“It was amazing to play here in Shenzhen at the end of this incredible season. I’m very disappointed to not be able to finish the year on my terms, but I am hopeful I will have more chances to play here in the future.”

Andreescu will be replaced in the draw by Sofia Kenin from the United States, who will take on defending champion Elina Svitolina in the final round of matches in the purple group on Friday.

Svitolina has already secured her place in Saturday’s semi-finals while Simona Halep and Pliskova will meet on Friday, both looking for a win that will take them into the last four.

Andreescu is the second player to pull out of the competition after Japan’s Naomi Osaka withdrew after the first round of group matches with a shoulder injury.