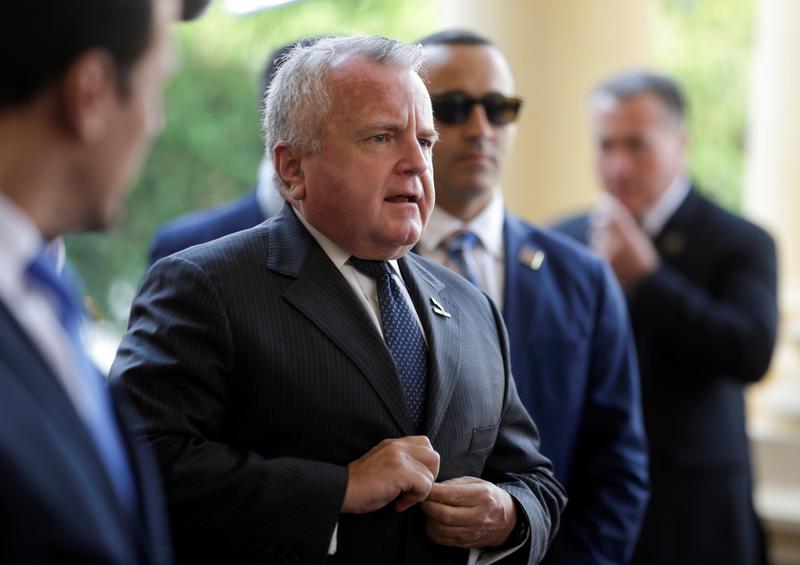 WASHINGTON (Reuters) – President Donald Trump’s nominee to be U.S. ambassador to Russia, John Sullivan, said on Wednesday he had known earlier this year that the president’s personal attorney, Rudy Giuliani, was involved in a campaign about then-Ambassador to Ukraine Marie Yovanovitch that helped lead to her dismissal.

Sullivan, a deputy secretary of state, said under questioning by ranking Democratic Senator Bob Menendez at his Senate Foreign Relations Committee confirmation hearing that he knew Giuliani was involved before he was asked to remove her in May because Trump had lost confidence in her.

Yovanovitch was abruptly recalled in May after Trump allies leveled unsubstantiated charges of disloyalty and other allegations against her.

“I was aware that Mr. Giuliani was involved in Ukraine issues. My knowledge, particularly in the April-May-June time frame, even into July, was focused on his campaign, basically, against our ambassador to Ukraine,” Sullivan said.

The dismissal has been a focus in the Democratic-led House of Representatives’ inquiry into whether Trump should be impeached for pressing his Ukrainian counterpart, Volodymyr Zelenskiy, to investigate unsubstantiated corruption charges against Democratic political rival Joe Biden.

Witnesses have testified in the House investigation that Giuliani conducted a “shadow” foreign policy in dealings with Ukraine.

Trump denies wrongdoing. He and his supporters dismiss the impeachment probe as a Democratic effort to overturn the Republican president’s 2016 election victory.