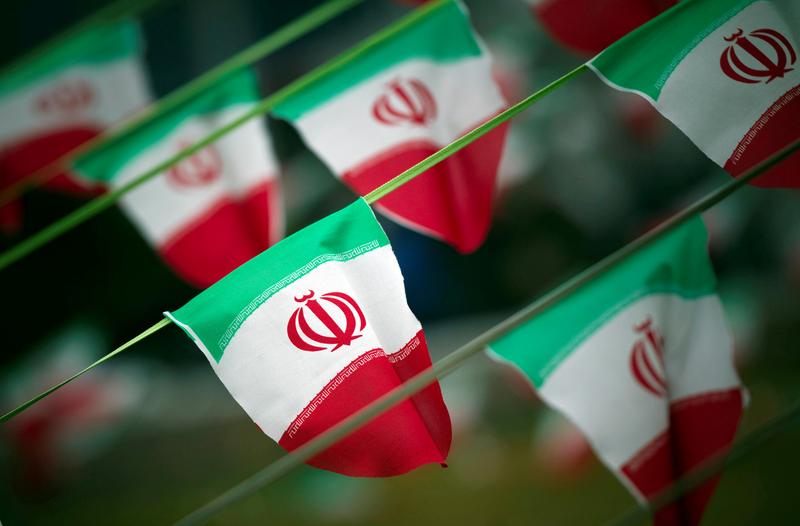 FILE PHOTO: Iran’s national flags are seen on a square in Tehran February 10, 2012, a day before the anniversary of the Islamic Revolution. REUTERS/Morteza Nikoubazl/File Photo

The blacklisted targets were announced by the Terrorist Financing Targeting Center (TFTC) nations – which also include Bahrain, Kuwait, Oman, Qatar, Saudi Arabia and the United Arab Emirates – as U.S. Treasury Secretary Steve Mnuchin traveled in the Middle East to finalize details of an economic development plan for the Palestinians, Jordan, Egypt and Lebanon.

All 25 targets were previously under sanctions by the United States.

“The TFTC’s action coincides with my trip to the Middle East, where I am meeting with my counterparts across the region to bolster the fight against terrorist financing,” Mnuchin said in a Treasury statement.

In Jerusalem on Monday, Mnuchin said the United States would increase economic pressure on Iran over its nuclear program, making the pledge during a Middle East trip that includes visits to U.S. allies Israel and Saudi Arabia.

Sanctions reimposed on Tehran by President Donald Trump after he withdrew the United States from world powers’ 2015 nuclear pact with Tehran have dried up Iranian oil revenue and cut Iranian banks’ ties to the financial world.

Tensions between the United States, its Gulf allies and Iran spiked in recent months after attacks on oil tankers and a September strike on Saudi oil facilities, which the United States blamed on Iran, but that Tehran has denied.

The Treasury said shell companies and other measures were used to mask Basij ownership and control over multibillion-dollar business interests in Iran’s automotive, mining, metals, and banking industries, many of which operate across the Middle East and Europe.

Four individuals targeted were Hezbollah-affiliated and help coordinate the group’s operations in Iraq, it said.

Earlier this month, Financial Action Task Force (FATF) – the international body that sets standards on combating terrorist financing – said it had given Iran the final deadline of February 2020 to comply with international norms, after which it would urge members to apply counter-measures.

U.S. Secretary of State Mike Pompeo on Wednesday welcomed the move by Paris-based FATF, saying in a statement that the IRGC “continues to engage in large-scale, illicit, financing schemes to fund its malign activities.”