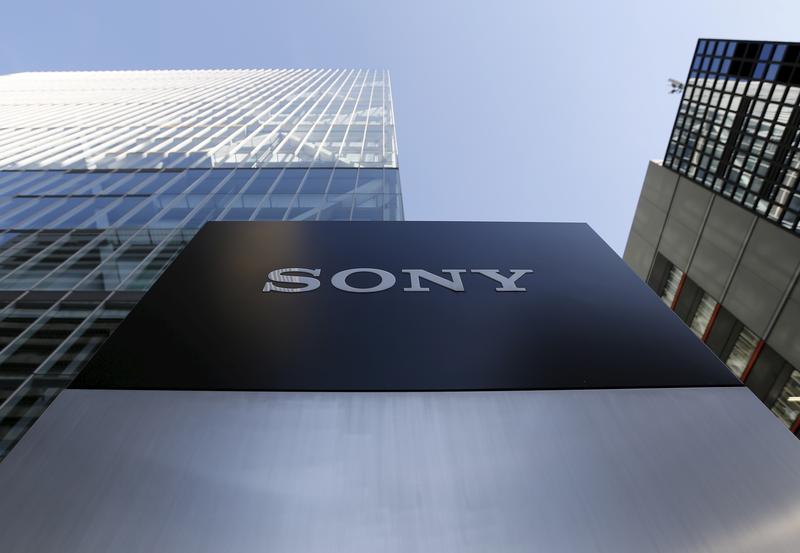 TOKYO (Reuters) – Sony Corp on Wednesday said operating profit jumped 16% in its strongest-ever result for a second quarter, as robust sales of image sensors offset a tumble in earnings from its gaming division.

FILE PHOTO: A logo of Sony Corp is seen outside its headquarters in Tokyo, Japan, January 27, 2016. REUTERS/Yuya Shino

The results, which beat estimates, prompted the Japanese entertainment and electronics firm, to lift its full-year profit outlook although that still fell short of record levels attained last year.

Demand for smartphone image sensors has grown as phone manufacturers introduce multiple-lens camera systems for high-end models – a key differentiator as improvements in other phone functions and features have slowed.

Sony’s operating income came in at 279 billion yen ($2.6 billion) for the July-September quarter, 19% higher than an analyst consensus estimate.

Profits for its sensor division surged 59% to 76.4 billion yen, a record for any quarter.

The company also said it had finalised plans to build a new image sensor plant in Nagasaki.

“Originally the plans were laid in response to the huge mobile phone market but going forward image sensors will be in demand in various areas related to the Internet of Things. They also eventually be used in applications related to autonomous driving,” CFO Hiroki Totoki told a briefing.

Strength in the sensors gives Sony more leverage in its efforts to argue against a call by Daniel Loeb’s activist hedge fund Third Point for the Japanese firm to spin-off its chips division and concentrate on being an entertainment company. Sony in September rejected the call, saying that the business is “a crucial growth driver”.

Third Point fired back, criticizing Sony for maintaining the status quo “with no concrete proposals to improve the business.”

Sony shares have risen 32% since early April, when Reuters reported that Loeb was building a stake in the company to push for change. The effort marks the second time in six years that Loeb has targeted Sony.