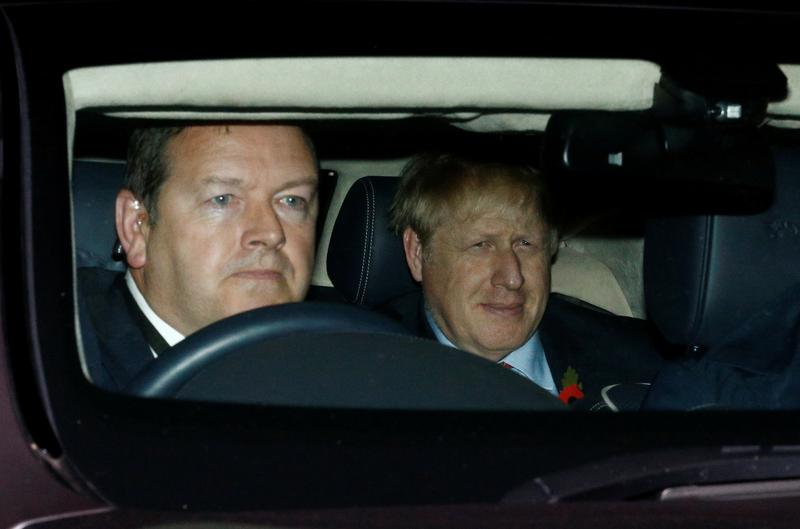 LONDON (Reuters) – Britain will hold its first December election in almost a century after Prime Minister Boris Johnson finally won parliamentary approval for a gamble on a snap ballot that he hopes will break the deadlock over Brexit.

Just two days before the third Brexit deadline of Oct. 31 will be missed despite Johnson’s “do or die” promise to deliver on the divorce on that date, his bid to hold an election before the end of this year was approved by 438 to 20 votes in the House of Commons.

The first Christmas-season election in Britain since 1923 will be hard to call.

Brexit has variously fatigued and enraged swathes of voters while eroding traditional loyalties to the two major parties, Johnson’s Conservatives and Labour.

“It’s time to unite the country and get Brexit done,” Johnson told a meeting of Conservative lawmakers late on Tuesday shortly after securing an election to cheers from a parliament he said had stopped him delivering Brexit.

Johnson, 55, hopes to win a majority to push through the last-minute Brexit deal he struck this month with the European Union while his main opponent, Labour leader Jeremy Corbyn, is pitching a radical socialist government and another EU referendum.

The election result will be announced on Friday Dec. 13. If no party wins conclusively, the future of Brexit will be thrown up in the air again with options ranging from a tumultuous no-deal exit to another referendum that could scupper the whole divorce.

Corbyn cast the election as a chance for real change. He frames Labour as a socialist alternative to the inequality and close relations with U.S. President Donald Trump that he says characterise Johnson’s premiership.

“A Labour government will be on your side, while Boris Johnson’s Conservatives – who think they’re born to rule – will only look after the privileged few,” Corbyn, 70, said.

Johnson told lawmakers he was going “to take the argument to Corbyn on One nation policies – spending on schools and hospitals and police… It wasn’t just about Brexit,” Halfon said.

When Johnson’s predecessor, Theresa May, bet on an early election in 2017, she lost her slender majority – a failure that ultimately prevented her from ratifying her Brexit deal in parliament and sank her political career.

Both major parties will have to fight on at least three fronts: against each other while the Brexit Party led by Nigel Farage seeks to poach Brexit voters and the Liberal Democrats seeks to win over opponents of Brexit.

“At last the deadlock in parliament is broken. Brexit now has a chance to succeed,” Farage said.