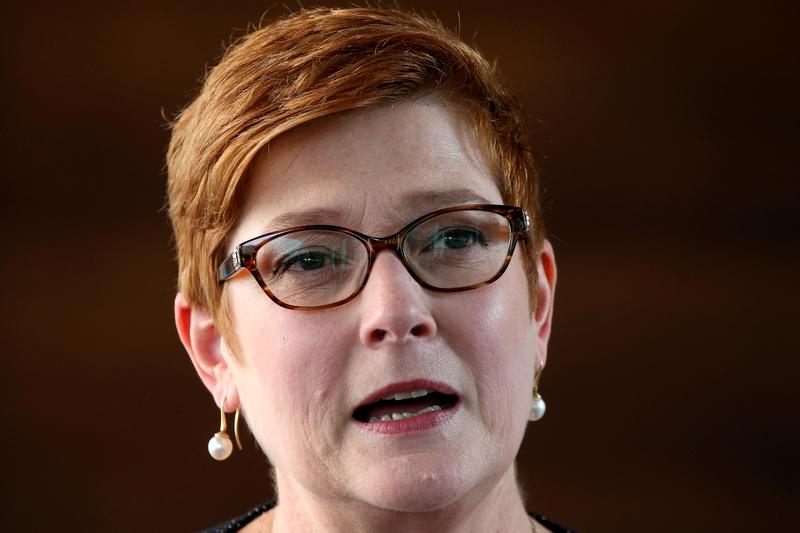 SYDNEY (Reuters) – Australian Foreign Minister Marise Payne said Canberra will hold China to account on issues such as human rights, insisting that staying quiet on sensitive issues is not in Australia’s national interests.

Relations between Canberra and its most important trading partner have deteriorated in recent years amid accusations that China is meddling in Australian domestic affairs. Canberra also fears China is seeking undue influence in the Pacific region.

However, Payne said late on Tuesday Australia would not be silenced.

“We must respect each other’s sovereignty, but we will consistently continue to raise issues such as human rights, including, as I have said, with China,” she said in a foreign policy speech in Sydney.

“Turning a blind eye to all human rights violations means an acceptance of behavior that undermines the foundations of international peace and stability. Where there is no challenge, there is no progress,” Payne said.

China’s embassy in Canberra did not respond immediately to a request for comment.

China has been widely condemned for setting up complexes in remote Xinjiang that it describes as “vocational training centers” to stamp out extremism and give people new skills. The United Nations says at least 1 million ethnic Uighurs and other Muslims have been detained.

However, several Australian lawmakers have in recent weeks ratcheted up criticism of Australia despite the threat to bilateral trade.

Reuters reported in September that Australian intelligence had determined China was responsible for a cyber-attack on the national parliament and three largest political parties before a general election in May, according to five people with direct knowledge of the matter.

China’s Foreign Ministry denied involvement in any hacking attacks and said the internet was full of theories that were hard to trace.

Payne’s comments came just hours before she traveled to the Solomon Islands, which switched diplomatic ties to Beijing from Taiwan in September.

Australia has moved in recent years to challenge China’s expansion of financial and political influence in the Pacific, which Canberra considers its historical domain.