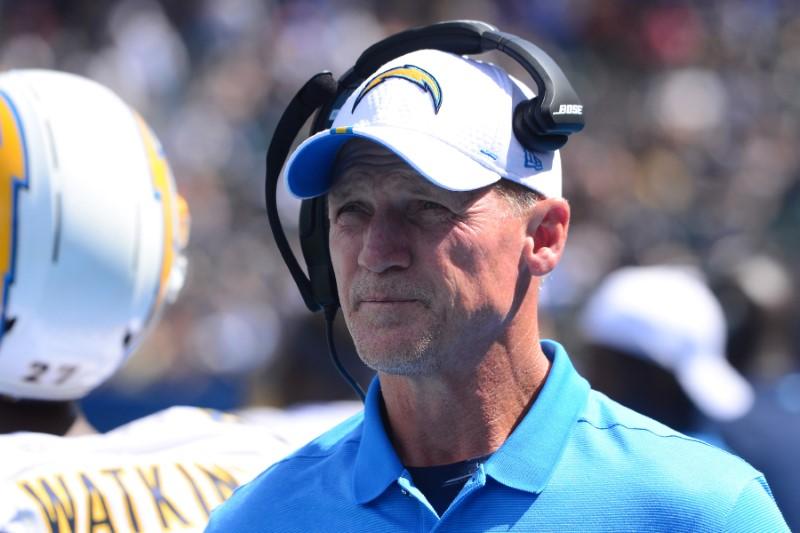 One day removed from a victory at Chicago, the Los Angeles Chargers fired offensive coordinator Ken Whisenhunt on Monday.

“This is not an easy decision and definitely not one that I take lightly,” Chargers coach Anthony Lynn said in a statement. “You win as a team, and you lose as a team. It’s never about just one person. At the end of the day, however, I simply felt a change was needed at this time.

“I want to thank Ken for his years of service to the Chargers organization and wish him nothing but the best moving forward.”

The Chargers (3-5) have struggled to run the ball in historic fashion this season, a fact that even the 17-16 victory over the Bears could not hide. In rushing for 36 yards Sunday, the Chargers became the first team in the Super Bowl era to rush for fewer than 40 yards for four straight games.

And that’s with running back Melvin Gordon in the backfield. Gordon missed the season’s first four games holding out.

Lynn did not name an immediate replacement for Whisenhunt, who served as the Chargers’ offensive coordinator in 2013, then left to be the head coach at Tennessee for two seasons before returning to the Chargers for the 2016 season.

A season removed from going 12-4 and winning a playoff game, the Chargers are two games behind the Kansas City Chiefs in the AFC West.