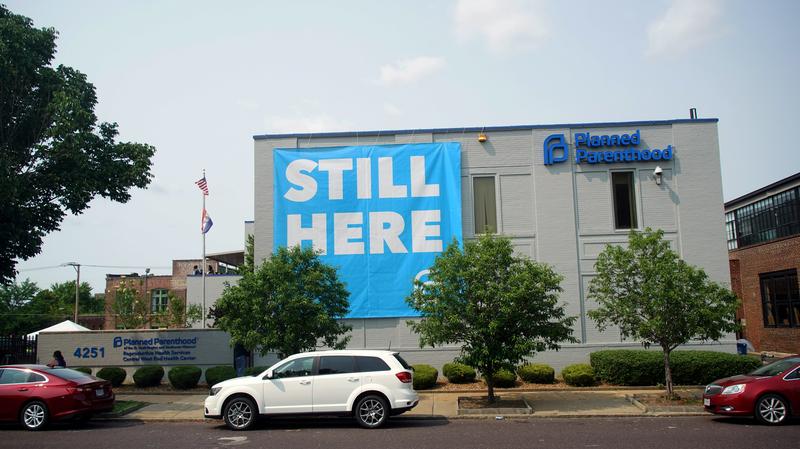 JEFFERSON CITY, Mo. (Reuters) – The fate of Missouri’s only abortion clinic is at stake on Monday, as a state arbiter hears arguments from Planned Parenthood and state officials who have threatened to close the clinic and make Missouri the sole U.S. state without legal abortion services.

FILE PHOTO: A banner stating “STILL HERE” hangs on the side of the Planned Parenthood Building after a judge granted a temporary restraining order on the closing of Missouri’s sole remaining Planned Parenthood clinic in St. Louis, Missouri, U.S. May 31, 2019. REUTERS/Lawrence Bryant/File Photo

Planned Parenthood, the women’s healthcare and abortion provider that operates the facility, sued the state health department in June for its refusal to renew the St. Louis clinic’s license. The state court judge presiding over the case referred the matter to the Administrative Hearing Commission, an independent arbiter.

The commission granted a stay in June allowing the clinic to continue providing abortion services until the hearing, which is scheduled to run several days.

Missouri health officials earlier this year declined to renew the clinic’s license on the grounds that it failed to meet their standards, which included mandatory interviews with several physicians who were involved in what the health department said were multiple life-threatening abortions at the clinic.

Planned Parenthood officials have said they do not directly employ all the clinic’s staff and cannot force them to give interviews. The organization has said the state’s effort to close the clinic is politically motivated, which the state denies.

“Regardless of if you support abortion or not, Planned Parenthood should be able to meet the basic standards of healthcare under the law,” Missouri Governor Mike Parson said at a news conference in May as he defended the move.

Abortion is one of the most divisive issues in the United States, with opponents citing religious beliefs to declare it immoral, while abortion-rights activists say the procedure is legally protected and that bans rob women of control over their bodies and futures.

Missouri is one of 12 states to pass laws restricting abortion access this year, some aimed at provoking a U.S. Supreme Court review of the landmark 1973 Roe v. Wade decision that recognized a woman’s constitutional right to terminate her pregnancy.

“While we continue the fight to maintain access in Missouri, we are excited to expand our abortion services in Illinois,” Colleen McNicholas, chief medical officer of Planned Parenthood’s southwest regional chapter, said in a statement.