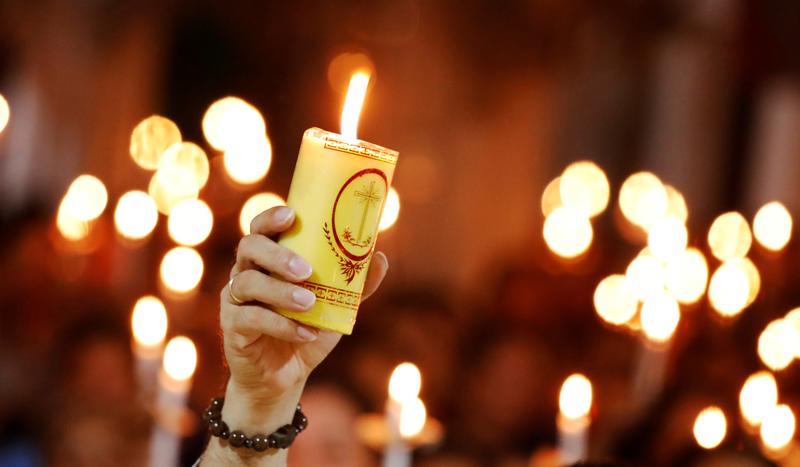 FILE PHOTO: Catholic priest Anthony Dang Huu Nam holds a candle during a mass prayer for 39 people found dead in the back of a truck near London, UK at My Khanh parish in Nghe An province, Vietnam October 26, 2019. REUTERS/Kham

CAN LOC, Vietnam (Reuters) – Police in Vietnam took hair and blood samples on Sunday to get DNA from relatives of people feared to be among the 39 who died in the back of a truck near London, their family members said.

The fathers of Joseph Nguyen Dinh Luong and Pham Thi Tra My, believed by their families to have perished in the container truck last week, said police had visited them seperately to collect samples.

“Police from the Public Security Ministry came to get DNA samples, our hair and blood,” Nguyen Dinh Gia told Reuters at Can Loc in Ha Tinh province in north-central Vietnam.