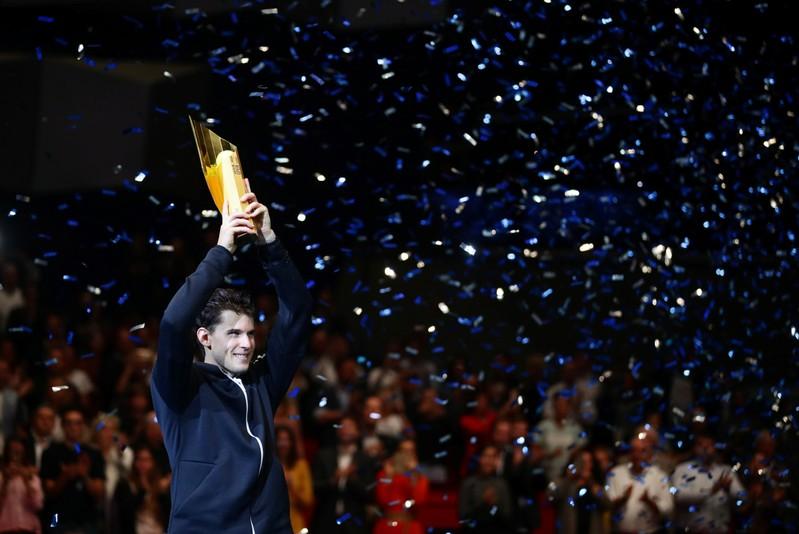 (Reuters) – Top seed Dominic Thiem survived an early scare and fought back from a set down to beat Argentina’s Diego Schwartzman 3-6 6-4 6-3 and win his first Vienna Open title on Sunday.

Austria’s Thiem, ranked number five in the world, was roared on by the home crowd as the 26-year-old became the first player to win five titles this season following triumphs in Indian Wells, Barcelona, Kitzbuehel and Beijing.

Despite the home support overwhelmingly in favor of Thiem, it was Schwartzman who set the early tempo, attacking the Austrian’s backhand to break him three times.

Thiem’s change in strategy from baseline rallies to rushing the net did not deter Schwartzman, who wrapped up the opening set in 43 minutes to silence the fans at the Wiener Stadthalle arena.

However, Thiem found his feet in the second and came back from 2-3 down, saving a break point and converting one at 4-4, to force the match into a deciding set.

A break of serve in the opening game gave Thiem an early advantage and he broke Schwartzman for the fourth time on match point, lying down on the court in relief as he soaked up the rapturous applause.