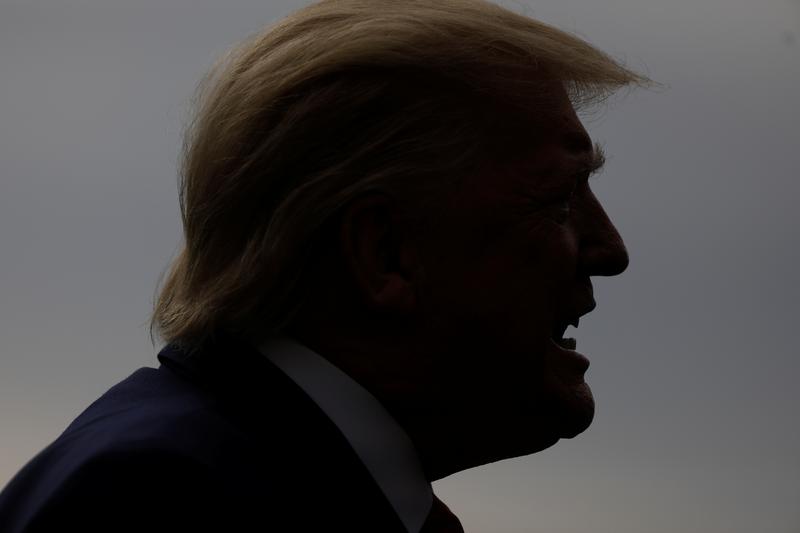 U.S. President Donald Trump speaks to reporters as he departs for travel to South Carolina, at the South Lawn of the White House in Washington, U.S., October 25, 2019. REUTERS/Tom Brenner/File Photo

The official, speaking on condition of anonymity, was unable to say whether the operation against Baghdadi was successful. Newsweek said the operation took place in Syria’s northwestern Idlib province and was carried out by special operations forces after receiving actionable intelligence.

The official did not disclose details of the operation and other U.S. officials contacted by Reuters declined to comment. The Pentagon did not immediately respond to a request for comment.

The president gave an indication that something was afoot earlier on Saturday night when he tweeted without explanation, “Something very big has just happened!”

Trump has been frustrated by the U.S. news media’s heavy focus on the Democratic-led impeachment inquiry, which he calls an illegitimate witch hunt.

He has also faced withering criticism from both Republicans and Democrats alike for his U.S. troop withdrawal from northeastern Syria, which permitted Turkey to attack America’s Kurdish allies.

Trump was expected to make the statement in the White House Diplomatic Reception Room, which he has used to make a number of major announcements.

Just last week he used the same room to announce that a ceasefire between Turkey and the Kurds had taken hold.