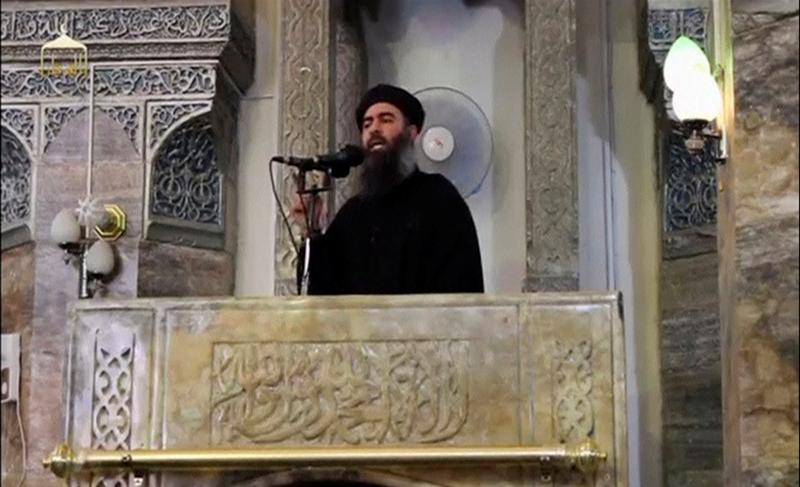 FILE PHOTO: A man purported to be the reclusive leader of the militant Islamic State Abu Bakr al-Baghdadi has made what would be his first public appearance at a mosque in the centre of Iraq’s second city, Mosul, according to a video recording posted on the Internet on July 5, 2014, in this still image taken from video. Social Media Website via Reuters TV/File Photo

ANKARA (Reuters) – Islamic State leader Abu Bakr al-Baghdadi arrived at the location in Syria where he was reportedly killed early on Sunday in a U.S. raid some 48 hours before the operation, a senior Turkish official said.

The Turkish army had advance knowledge of the U.S. operation in Syria’s Idlib, the official said, adding that Turkey would continue to coordinate its actions on the ground with the “relevant parties”.

A U.S. official, speaking on condition of anonymity, earlier told Reuters that Baghdadi had been targeted in the overnight raid but was unable to say whether the operation was successful. U.S. President Donald Trump is expected to make a “major statement” later on Sunday.