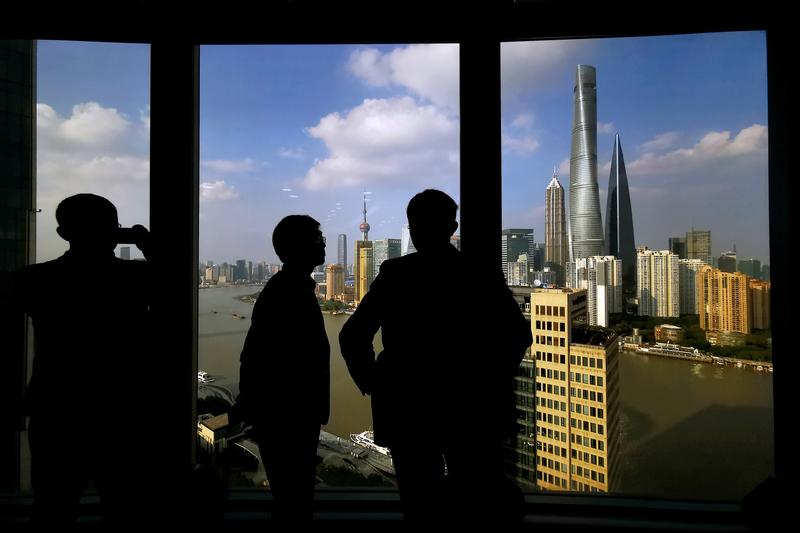 BEIJING (Reuters) – Profits at China’s industrial firms contracted for the second straight month in September as producer prices continued their slide, highlighting the toll a slowing economy and protracted U.S. trade war are having taken on corporate balance sheets.

Industrial profits fell 5.3% in September from a year earlier to 575.6 billion yuan ($81.48 billion), data released by the National Bureau of Statistics (NBS) on Sunday showed. That compared with a 2% decline in August.

China’s vast industrial sector has come under pressure amid trade tensions and tit-for-tat tariffs with the United States. Profits have slowed visibly since the second half of last year, though the sector has seen some transitory rebounds as Beijing steps up support measures.

The decline in profits contrasted with the slight improvement in the manufacturing sector in September, with factory surveys and better-than-expected industrial production growth pointing to a pick-up in domestic demand.

But factory gate prices, considered a key barometer of corporate profitability, fell at the steepest clip in more than three years as economic growth ground to a fresh near 30-year low in the third quarter.

For January-September, industrial firms earned profits of 4.59 trillion yuan, down 2.1% year-on-year, and worse than the 1.7% reading in the first eight months.

The drop was mainly due to factors such as a decline in the ex-factory price of industrial products and slowdown in sales growth, said Zhu Hong, a senior statistician with the NBS.

Profits for state-owned firms slipped 9.6 percent in the first three quarters of the year.

The most impacted sector was the oil, coal and other fuel processing industries, where profits fell 53.5 percent in the January-September period.

Profits for the non-ferrous, electrical machinery and equipment manufacturing and alcoholic beverages sectors all bucked the trend though, recording rising profits.

U.S. and Chinese trade negotiators are working on nailing down a “Phase 1” trade deal for their presidents to sign next month, as the world’s two biggest economies try to end a more than a year-long trade war that has disrupted global trade.

China’s economic growth is expected to slow to a near 30-year low of 6.2% this year and cool further to 5.9% in 2020, a Reuters poll showed, underlining the challenges faced by Beijing even as it steps up stimulus amid a bruising Sino-U.S. trade war.

Industrial firms’ liabilities increased 5.4% from a year earlier to 66.49 trillion yuan at end-September, compared with a 5.0% increase in August.

The data covers companies with more than 20 million yuan in annual revenue from their main operations.