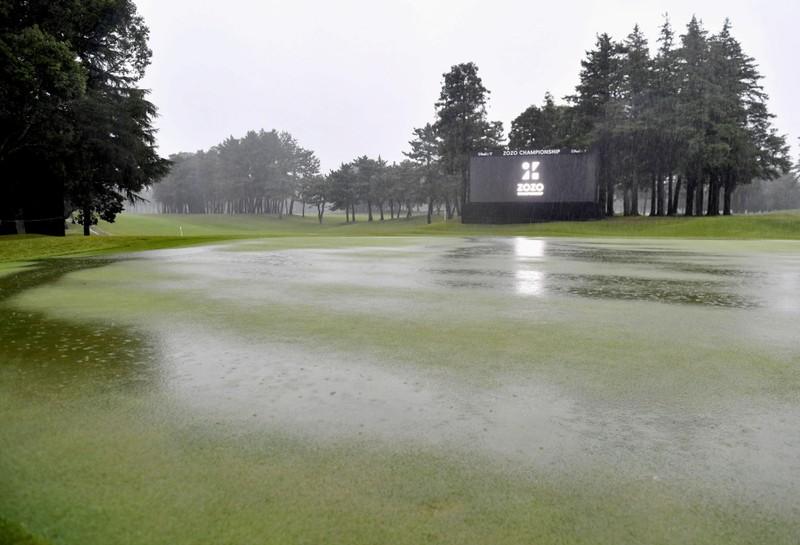 On a day when spectators were not allowed on the premises due to what the PGA Tour said were unsafe conditions, Woods quietly went about his business in front in near-silence at Narashino County Club.

With birdies at the final two holes, he jumped clear of fellow American Woodland, posting a 12-under 128 halfway total in the rain-affected event that will not finish until Monday.

Woodland shot 66 to stake out second place at 10-under, while Keegan Bradley and local favourite Hideki Matsuyama were two shots further back in a tie for third.

Even though players were allowed preferred lies, otherwise known as “lift, clean and place”, the course dried remarkably well after being deluged with six inches (150 mm) of rain on Friday.

It was the fear of spectators slipping and sliding in mud that prompted the unusual fan ban.

Woods is playing in Japan for the first time since 2006.

Reporting by Andrew Both. Editing by Lincoln Feast/Amlan Chakraborty