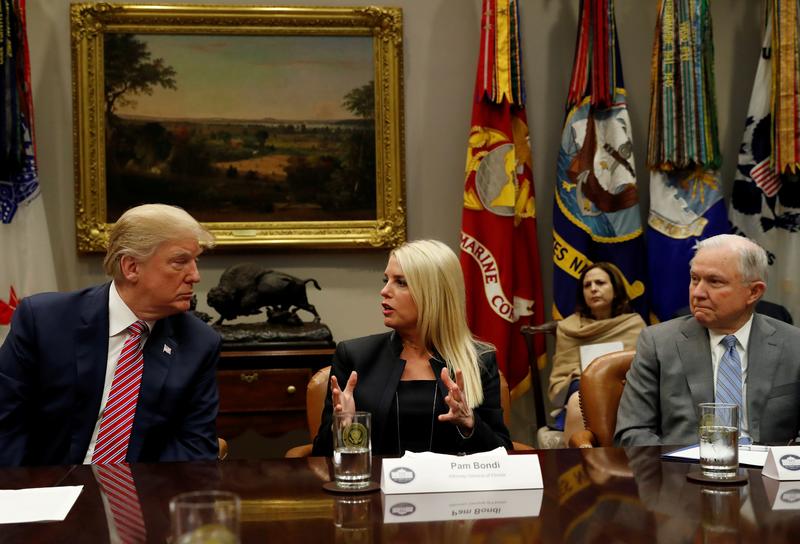 WASHINGTON (Reuters) – The Democratic-led impeachment investigation of President Donald Trump resumes with testimony from a senior State Department official on Saturday, a day after a judge buoyed the probe by dismissing a central Republican objection.

Philip Reeker, the acting assistant secretary of state for European and Eurasian affairs, is due to meet with the House of Representatives Foreign Affairs, Intelligence and Oversight Committees behind closed doors at the U.S. Capitol.

Lawmakers and staff are holding the first weekend deposition of the investigation, after Reeker’s testimony was postponed due to memorial events this week for Representative Elijah Cummings, who had been Oversight chairman and played a leading role in the impeachment inquiry.

On Friday, U.S. District Judge Beryl Howell rejected the claim that the impeachment process is illegitimate, as he ordered the Republican Trump administration to give the House Judiciary Committee secret material from former special counsel Robert Mueller’s reporting on Russian meddling in the 2016 U.S. election.

Howell said the House did not have to approve a resolution formally initiating the effort for the impeachment inquiry to be valid, something Republicans have been insisting is the case.

Reeker, 54, is a career diplomat whose current portfolio includes Ukraine, the country central to the investigation of Trump. Reeker has held his position on an acting basis since March 18.

The impeachment inquiry has underscored what current and former U.S. officials describe as a campaign by Trump against career diplomats. Several have already met with congressional investigators.

Investigators are expected to ask Reeker about issues including Trump’s abrupt dismissal of Marie Yovanovitch in May as ambassador to Ukraine. According to emails given to congressional committees this month, Reeker was among diplomats who sought to intervene when Trump supporters accused Yovanovitch of being disloyal to the president.

Another career diplomat involved in those communications, George Kent, testified last week that he was told to “lie low” on Ukraine and instead defer to three of Trump’s political appointees. Yovanovitch has also testified, accusing the Trump administration of recalling her based on false claims and of eviscerating the State Department.

At the heart of the impeachment inquiry is a July 25 phone call in which Trump asked Ukrainian President Volodymyr Zelenskiy to investigate former Vice President Joe Biden, a leading Democratic contender to face Trump in the 2020 election, and his son Hunter, who had been a director of a Ukrainian energy company.

The Trump administration was withholding $391 million in security assistance for Ukraine when the call took place, and investigators are looking into whether Trump improperly tied the release of the aid to getting Ukraine’s help in probing the Bidens.

Trump denies wrongdoing. And, backed by his fellow Republicans in Congress, insists he is being treated unfairly.

Like other administration officials who have testified, Reeker is likely to be subpoenaed to appear. The administration has refused to hand over documents requested by the congressional committees, and sought to prevent current and former officials from giving interviews.

The committees have scheduled several depositions next week, following Reeker’s appearance on Saturday, all behind closed doors.

Kathryn Wheelbarger, acting assistant secretary of defense for international security, is scheduled to appear on Wednesday, and Tim Morrison, a top NSC Russia and Europe adviser, is scheduled for Thursday.

Democratic members of the three committees said they feel they have gathered a great deal of evidence and do not expect this phase of the investigation to last many more weeks, before public hearings.

“We’ve heard a lot of compelling testimony. We feel like we know a lot of what’s happened,” Representative Tom Malinowski told reporters at the House this week.