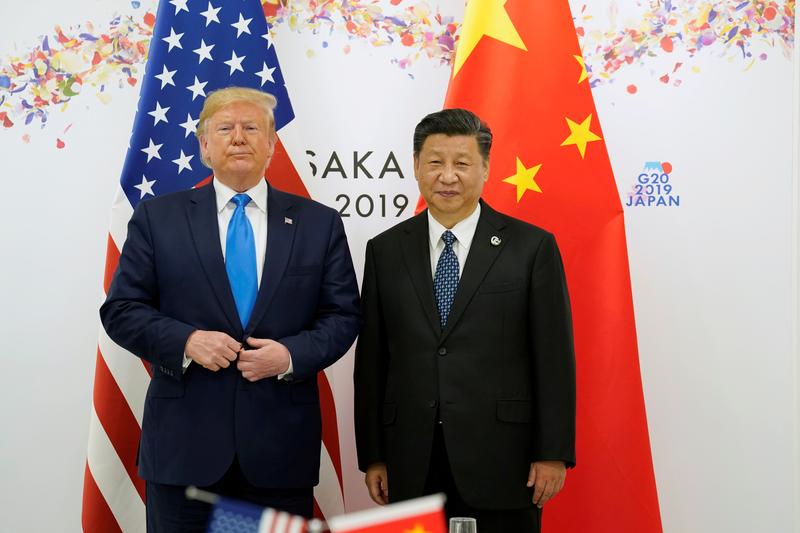 WASHINGTON (Reuters) – U.S. and Chinese officials are “close to finalizing” some parts of a trade agreement after high-level telephone discussions on Friday, the U.S. Trade Representative’s office and China’s Commerce Ministry said, with talks to continue.

The USTR provided no details on the areas of progress.

“They made headway on specific issues and the two sides are close to finalizing some sections of the agreement. Discussions will go on continuously at the deputy level, and the principals will have another call in the near future,” a statement said.

Washington and Beijing are working to agree on the text for a “Phase 1” trade agreement announced by U.S. President Donald Trump on Oct. 11. Trump has said he hopes to sign the deal with China’s President Xi Jinping next month at a summit in Chile.

In a separate statement posted on China’s Ministry of Commerce website on Saturday morning, Beijing confirmed “technical consultations” on some parts of a trade agreement were basically completed.

Agricultural products are a major area of discussion.

Beijing wants the United States to cancel some existing U.S. tariffs on Chinese imports, people briefed on the Friday call told Reuters, in return for pledging to step up its purchases of U.S. commodities like soybeans.

The United States wants Beijing to commit to buying these products at a specific time and price, while Chinese buyers would like the discretion to buy based on market conditions.

“They want to make a deal very badly,” Trump told reporters at the White House on Friday. “They’re going to be buying much more farm products than anybody thought possible.”

Trump agreed earlier this month to cancel an Oct. 15 increase in tariffs on $250 billion in Chinese goods as part of a tentative agreement on agricultural purchases, increased access to China’s financial services markets, improved protections for intellectual property rights and a currency pact. [nL2N26W15C]

White House advisers are hoping to cement a binding, enforceable agreement with Beijing, including a pledge not to force U.S. companies to transfer technology to Chinese companies to do business there.

Beijing was expected to ask Washington during Friday’s call to drop its plan to impose tariffs on $156 billion worth of Chinese goods, including cell phones, laptop computers and toys, on Dec. 15, two U.S.-based sources told Reuters.

Beijing is also seeking removal of 15% tariffs imposed on Sept. 1 on about $125 billion of Chinese goods, one of the sources said. Trump imposed the tariffs in August after a failed round of talks. “The Chinese want to get back to tariffs on just the original $250 billion in goods,” the source said.

U.S. farmers have been struggling since the trade war started.

In the decade before Trump took office, China’s purchases of U.S. agriculture and related products tripled, reaching $25.2 billion in 2016. But they dropped to $13.2 billion in 2018, after the U.S. put tariffs on hundreds of billions of dollars of Chinese goods. (tmsnrt.rs/343C4kJ)

Derek Scissors, a resident scholar and China expert at the American Enterprise Institute in Washington, said the original goal of the early October talks was to finalize a text on intellectual property, agriculture and market access to pave the way for a postponement of the Dec. 15 tariffs.

Phase One will not cover U.S. allegations of Chinese hacking into U.S. companies and government agencies, state subsidies, Beijing’s alleged dumping of lower-priced products on global markets or China’s involvement in the fentanyl market, one person briefed on the negotiations said.

An intellectual property rights chapter in the agreement largely deals with copyright and trademark issues and pledges to curb technology transfers that Beijing has already put into a new investment law, people familiar with the discussions said.

A SCALED DOWN DEAL

But the ultimate amounts of China’s purchases are uncertain. Trump has touted purchases of $40 billion to $50 billion annually – far above China’s 2017 purchases of $19.5 billion as measured by the American Farm Bureau.

One of the sources briefed on the talks said China’s offer would start at around $20 billion in annual purchases, largely restoring the pre-trade-war status quo, but this could rise over time. Purchases also would depend on market conditions and pricing.

USTR head Robert Lighthizer has emphasized China’s agreement to remove some restrictions on U.S. genetically modified crops and other food safety barriers, which U.S. sources say could pave the way for much higher U.S. farm exports to China.

Friday’s high-level call came a day after U.S. Vice President Mike Pence railed against China’s trade practices and what he termed construction of a “surveillance state” in a major policy speech. But Pence left the door open to a trade deal with China, saying Trump wanted a “constructive” relationship with Beijing. [nL2N27901G]

While the U.S. tariffs on Chinese goods have brought Beijing to the negotiating table to address U.S. grievances over trade and intellectual property practices, they have not sparked significant change in China’s state-led economic model.

Some China trade experts said that a completion of a Phase 1 deal could leave little incentive for China to negotiate further, especially with a U.S. election in 2020.

“U.S.-China talks change very quickly from hot to cold but, the longer it takes to nail down the easy Phase 1, the harder it is to imagine a Phase 2 breakthrough,” said Scissors.