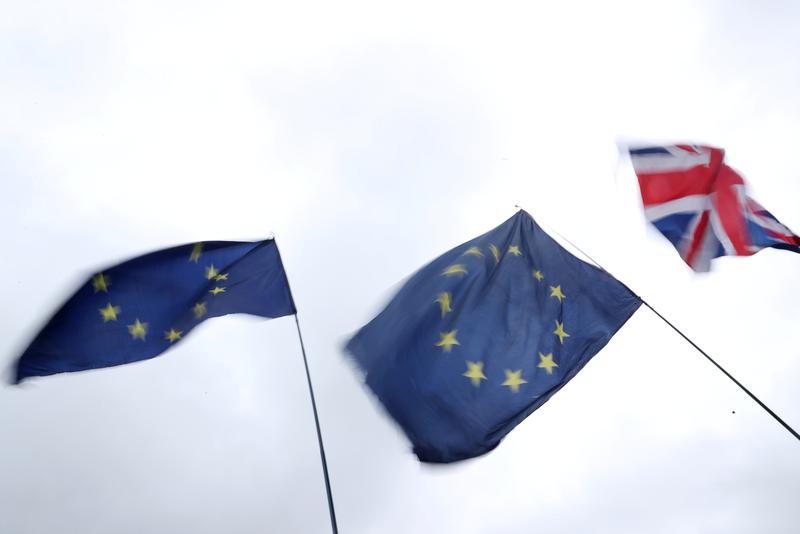 A Union Jack flag flutters next to EU flags outside the Houses of Parliament in London, Britain, October 21, 2019. REUTERS/Hannah McKay

LONDON (Reuters) – Two of Britain’s smaller political parties have joined forces to try to trigger a Dec. 9 election and have written to Donald Tusk, the president of the European Council, to ask for a delay to Brexit to hold it.

In a letter the Scottish National Party and the Liberal Democrats, both big supporters of remaining in the European Union, asked Tusk to agree to a Brexit extension until Jan. 31.

British Prime Minister Boris Johnson has proposed holding an election on Dec. 12 and needs two thirds of the 650 lawmakers in parliament to back his plan in a vote on Monday.

As part of Johnson’s proposal, lawmakers will have more time to debate and pass his Brexit withdrawal deal if they agree to hold an election.

Most opposition parties including the SNP and Liberal Democrats have opposed this idea but the two parties signalled on Saturday they could back a December election if it was separated from the Brexit legislation.

“We believe this is the only way to unlock what has become a deadlocked Parliament and to enable the UK and the EU to move forward – whatever form that takes,” they said. Media reports said they favoured a Dec. 9 election.

The main opposition Labour Party has said it will back an election once the risk of a potentially chaotic no-deal Brexit has been ruled out but the party is divided as it trails Johnson’s Conservatives in opinion polls.

Britain is due to leave the world’s biggest trading bloc on Oct. 31 but parliament has passed a bill forcing it to secure a delay to prevent the country from leaving without a deal to smooth the process.