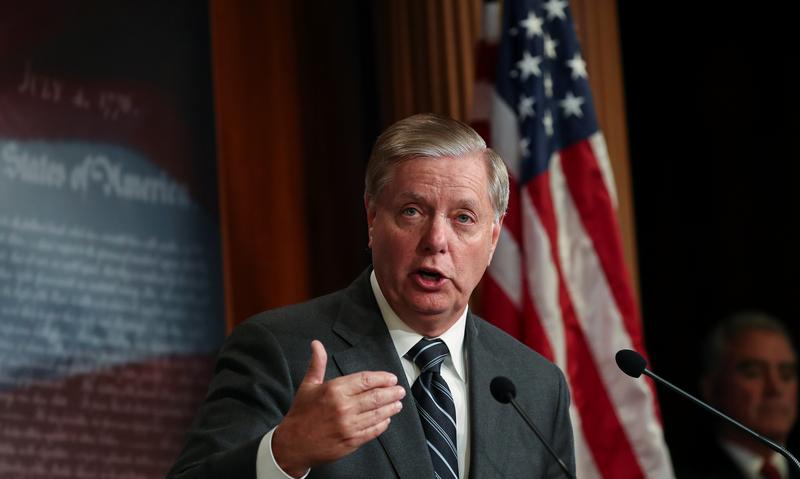 (Reuters) – Facebook Inc said on Saturday that it had removed an ad which falsely claimed that U.S. Republican Senator Lindsey Graham supported the Green New Deal, demonstrating that it will fact-check ads from political groups but not politicians.

The ad, which ran on Friday, was put up as a stunt by a left-leaning Political Action Committee, or PAC, called The Really Online Lefty League, to test Facebook’s political ad policies.

Facebook has been criticized in recent weeks over its decision to not fact-check ads run by politicians, drawing ire from Democratic candidates running in the 2020 presidential election such as former Vice President Joe Biden and Senator Elizabeth Warren.

Facebook spokesman Tom Channick told Reuters on Friday that since the new ad came from a political action group, rather than a politician, it was eligible for review by the company’s third-party fact-checking partners.

At the time of writing, the video could still be viewed on the PAC’s Facebook page, but paid distribution had been stopped.

The ad came days after Democratic Representative Alexandria Ocasio-Cortez grilled Zuckerberg on whether Facebook would permit her to run such an ad, during a congressional hearing on Wednesday.

Adriel Hampton, treasurer of The Really Online Lefty League, said the Graham ad was inspired by the exchange.

Senator Graham’s office said on Friday that it was aware of the ad and confirmed the senator opposes the Green New Deal, a proposal championed by Ocasio-Cortez that would eliminate U.S. greenhouse gas emissions within a decade.

Facebook and other social media companies are under pressure to police misinformation on their platforms during the run-up to the November 2020 election.

On Friday, Facebook started to test Facebook News, a new section of its mobile app dedicated to “high-quality news.” But the company came under fire from some political activists over its decision to include right-wing news website Breitbart News as one of its Facebook News publishers.

Facebook said that Breitbart is an unpaid partner, unlike some outlets in the section. Breitbart News did not immediately respond to a request for comment.