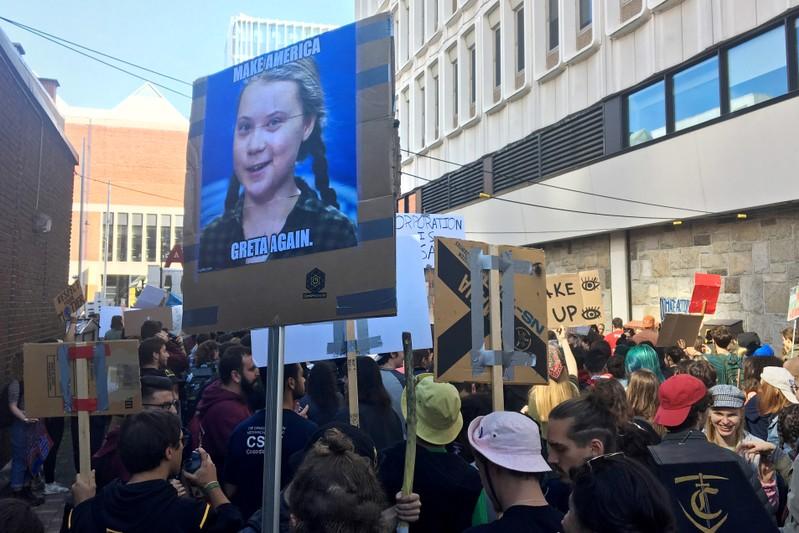 (Reuters) – A group of young Canadians filed documents on Friday to sue the federal government for injuries allegedly suffered due to Ottawa’s role in contributing to climate change.

The 15 youths aged 10 to 19 from across the country have each suffered “specific, individualized injuries due to climate change,” Our Children’s Trust, a U.S.-based non-profit group, said in a press release.

The group is providing technical support to the plaintiffs, as it has done in similar cases in other countries in which children have sued their governments because of climate change – including the Netherlands, the United States and India.

The Canadian plaintiffs are suing under section 7 of the Canadian Charter of Rights and Freedoms, which protects individual autonomy and personal rights, as well as section 15, which guarantees equality rights. The Charter is part of the Canadian Constitution.

The statement of claim filed in a federal court in Vancouver on Friday by the plaintiffs alleges that “despite knowing for decades” that carbon emissions “cause climate change and disproportionately harm children,” the government continued to allow emissions to increase at a level “incompatible with a stable climate capable of sustaining human life and liberties.”

It specifically cites the government’s purchase of the Trans Mountain pipeline, which carries oil from Alberta to British Columbia’s coast, as an action that contributed to climate change.

“As a youth my rights are being disproportionately violated because I cannot vote,” Ira Reinhart-Smith, 15, from Caledonia, Nova Scotia, told Reuters. “I am now and in the future going to be faced with extreme consequences because of climate change. This lawsuit is the best way for me to move forward in my action against climate change.”

Reinhart-Smith has participated in climate activism in the past, including with Greta Thunberg’s Fridays for the Future movement, but he felt protesting corporations and lobbying politicians was not effective enough.

“It was still depending on them to do the actions,” he said. If the lawsuit is successful, the government will have to act “by order of the court, rather than listen to some youth that are telling them it’s the best way to go.”

Reinhart-Smith and the other plaintiffs are represented by Arvay Finlay LLP and Tollefson Law Corporation, and have partnered with the Pacific Centre for Environmental Law and Litigation and the David Suzuki Foundation.

In the United States, 21 activists aged 11 to 22 sued the federal government in 2015 for violating their rights to due process under the U.S. Constitution by failing to adequately address carbon pollution such as emissions from burning of fossil fuels.

Both the Obama and Trump administrations have failed in their efforts to have the lawsuit thrown out, and it is currently under consideration in a federal appeals court in Oregon.

Reporting by Moira Warburton in Toronto; Editing by Paul Simao