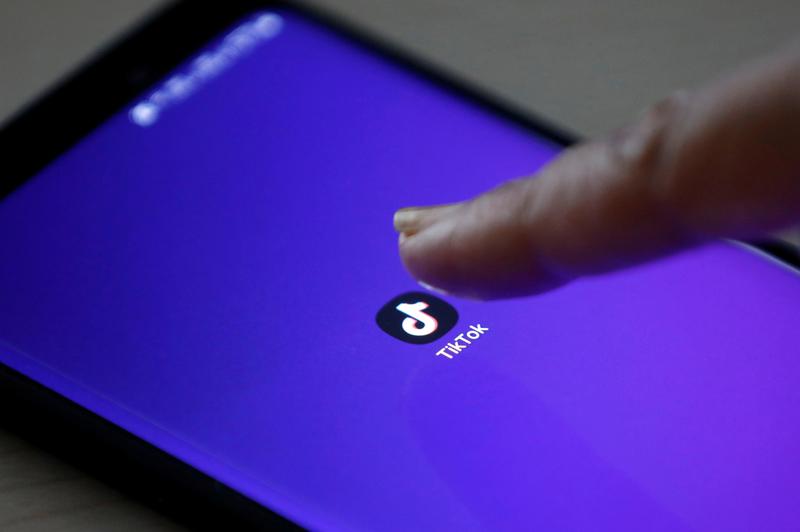 FILE PHOTO: The logo of TikTok application is seen on a mobile phone screen in this picture illustration taken February 21, 2019. REUTERS/Danish Siddiqui/Illustration/File Photo

In a letter bit.ly/2BEFX3r to Joseph Macguire, acting director of national intelligence, the senators raised concerns about the video-sharing platform’s collection of user data and whether China censors content seen by U.S. users. The letter also suggested TikTok could be targeted by foreign influence campaigns.

“With over 110 million downloads in the U.S. alone, TikTok is a potential counterintelligence threat we cannot ignore,” wrote Schumer, the Senate’s senior Democrat, and Cotton, a Republican senator from Arkansas.

They urged investigators to look into the issue of TikTok’s collection of users’ location-related data and other sensitive personal information.

TikTok has said U.S. user data is stored in the United States, but the senators noted that ByteDance is governed by Chinese laws.

This month, Rubio asked a U.S. national security panel to review ByteDance’s acquisition of Musical.ly Inc. He cited questions about why TikTok had “only had a few videos of the Hong Kong protests that have been dominating international headlines for months.”

TikTok has said China would not have jurisdiction over the app’s content because the app does not operate in China.

“The Chinese government does not request that TikTok censor content,” a TikTok spokeswoman said in a statement to Reuters. “To be clear: We do not remove videos based on the presence of Hong Kong protest content.”

The spokeswoman said TikTok did not have other details on the senators’ request.

“TikTok is committed to being a trusted and responsible corporate citizen in the U.S., which includes working with Congress and all relevant regulatory agencies,” she said.

In a separate statement published on its website on Friday, the video app said it is not influenced by any foreign government, including that of China.

“TikTok does not operate in China, nor do we have any intention of doing so in the future,” it added.

The website TikTok.com is blocked in China and the app is not available on the Chinese app store. Users of mainland China-registered mobile numbers are not able to log in either.

Facebook this week revealed it had suspended a network of Instagram accounts operated from Russia that targeted U.S. voters with divisive political messages ahead of next year’s presidential election.