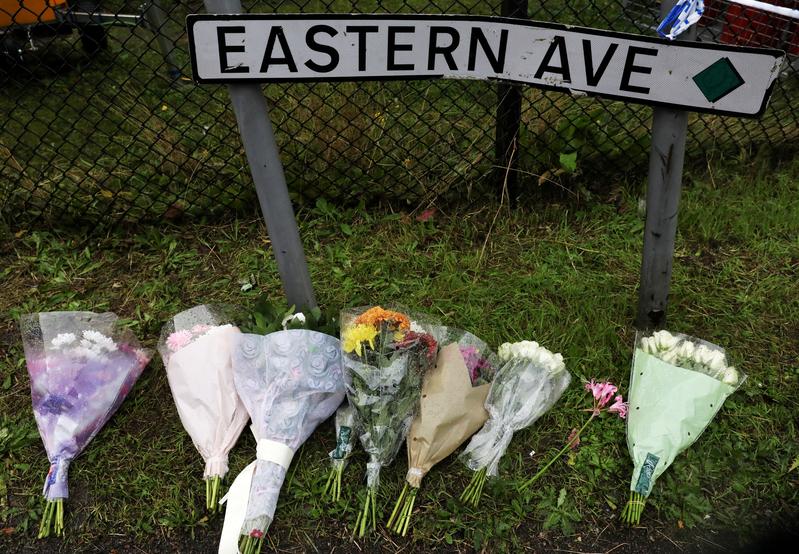 GRAYS, England (Reuters) – Police were given extra time on Thursday to question a driver arrested on suspicion of murder after 39 people, believed to be Chinese nationals, were found dead in a refrigerated truck near London, in an investigation focused on human trafficking.

Officers searched three properties in the County Armagh area of Northern Ireland. The driver has not been formally identified but a source familiar with the investigation said he was Mo Robinson from the Portadown area of the British province.

Paramedics and police found the bodies of 31 men and eight women on Wednesday in a truck container on an industrial estate at Grays in Essex, about 20 miles (30 km) east of London.

For years, illegal immigrants have attempted to reach Britain stowed away in trucks, often from the European mainland. In the biggest tragedy, 58 Chinese were found dead in a tomato truck in 2000 at the port of Dover.

“We read with heavy heart the reports about the death of 39 people in Essex,” the Chinese Embassy said in a statement.

The trailer part of the truck arrived at Purfleet docks in Essex, southern England, from the Belgian port of Zeebrugge – as did the vehicle involved in 2000.

The chairman of Zeebrugge port, Dirk de Fauw, said he believed the victims died in the trailer before it arrived there.

“We have a safe system with safety guards, we have cameras everywhere, we have policemen in the streets of Zeebrugge, in the dunes with horses,” de Fauw, who is also mayor of the nearby city of Bruges, told Reuters Television.

“I think they were dead before they are coming here to Zeebrugge. I think so.”

Police were given permission by magistrates to detain the 25-year-old driver for an additional 24 hours on Thursday.

Essex police said their priority was to ensure dignity for the victims in the largest investigation of its kind undertaken by the force, which was likely to be time-consuming.

“I want to express my sincere condolences to the families of the 39 people who have sadly lost their lives,” Essex Chief Constable Ben-Julian Harrington said. “We will conduct this investigation with respect for every single one of those people.”

Flowers are seen at the scene where bodies were discovered in a lorry container, in Grays, Essex, Britain October 24, 2019. REUTERS/Simon Dawson

The truck’s red cab unit, which had “Ireland” emblazoned on the windscreen along with the message “The Ultimate Dream”, entered Britain via Holyhead in north Wales, having started its journey in Dublin, police said.

Irish company Global Trailer Rentals said it owned the trailer and had rented it out on Oct. 15 from its depot in County Monaghan at a rate of 275 euros ($305) a week, Irish broadcaster RTE said. The firm said it was unaware of what it was to be used for, RTE added.

The discovery of the bodies was made at 1.40 a.m. just over an hour after the container arrived in Purfleet, not far from the industrial estate in Grays.

The vehicle has been moved to a secure site at nearby Tilbury Docks where forensic work can take place. Officials have set up a book of condolence at civic offices in Grays.

The National Crime Agency, which targets serious and organised crime, said it was helping the investigation and working urgently to identify any gangs involved.

Shaun Sawyer, national spokesman for British police on human trafficking, said thousands of people were seeking to come to the United Kingdom illegally. While they were able to rescue many of those smuggled in, Britain was perceived by organised crime as a potentially easy target for traffickers.

“You can’t turn the United Kingdom into a fortress. We have to accept that we have permeable borders,” he told BBC radio.

The head of the Road Haulage Association said traffickers were “upping their game” and closer cooperation with European nations was needed, although that may be complicated by Britain’s potential exit from the European Union.

“There is simply not enough being done in terms of security, in terms of the protection of vehicles across Europe,” Richard Burnett told BBC TV.