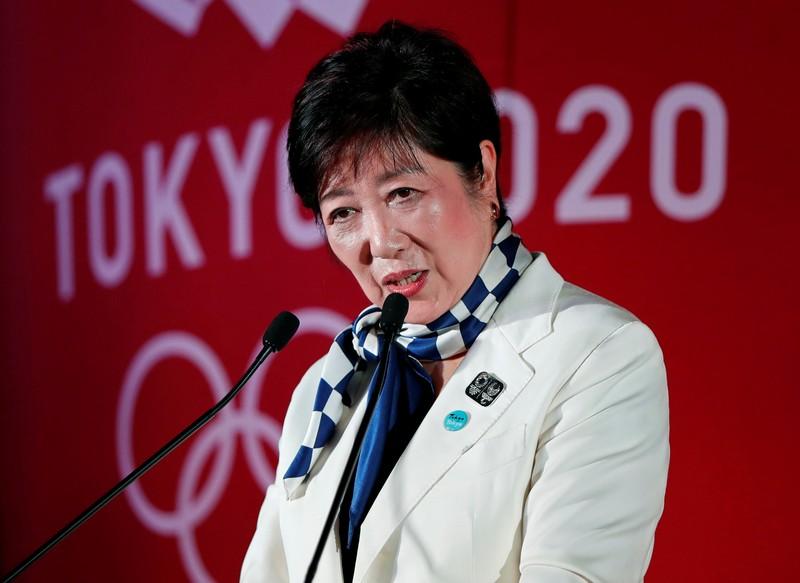 TOKYO (Reuters) – In the latest round of an unusually public spat between host city Tokyo and the International Olympic Committee over the 2020 Games marathon, Tokyo governor Yuriko Koike on Friday demanded detailed reasons for moving the race to northern Japan.

FILE PHOTO: Tokyo Governor Yuriko Koike delivers a speech during a ceremony celebrating one year out from the start of the summer games in front of Tokyo Station in Tokyo, Japan July 24, 2019. REUTERS/Issei Kato

Tokyo and the IOC have been engaged in a tug-of-war over the prestigious race since the IOC announced suddenly last week, just 300 days before the games, that it wanted to move the marathon and race walks to Sapporo, on Hokkaido island, due to concerns over Tokyo’s summer heat.

“A majority of Tokyo residents want the marathon and race walk to stay. We need to take their opinions seriously, and I share them,” Koike told a regular news conference.

She said she would demand a detailed explanation from the IOC during a meeting with John Coates, the IOC’s Coordination Commission Chief for Tokyo, later on Friday.

“Who proposed this, when did they propose it – these are all things I want to discuss,” she said.

The marathon – a flagship event set for Aug. 9, the last day of the Games – was designed to include and showcase many of the capital’s landmarks.

Tokyo 2020 organizers have said they would have no choice but to accept the IOC decision, but Koike last week said she was “surprised” by the move.

On Thursday, media reports said Tokyo was considering moving the start time of the race to 3:00 a.m. to counter the IOC plan. {ID:nL3N2792YG]

Koike told a regular news conference on Friday that some 85 percent of Tokyo residents wanted the marathon to stay and that the city would think of additional measures to keep it, though she did not specifically mention the 3:00 a.m. start time.

Temperatures in Tokyo during July and August, when the city hosts the Olympic and Paralympic Games, commonly exceed 30 degrees Celsius, with high humidity adding to the discomfort. The IOC said temperatures in Sapporo, which will also host some soccer games, are as much as five to six degrees centigrade cooler during the day.

“Well, there are lots of places cooler than Tokyo,” Koike said. “Was there a scientific reason for choosing Sapporo? I’d like to hear this, if so.”

“We could investigate a different course, one that would make more use of shade from things like buildings – and of course if the race is earlier in the day, the shadows will be longer,” she said.

When Tokyo hosted the Summer Olympics in 1964, they were held in October – an option no longer possible due to international sports schedules. Next years games are set to run from July 24 to Aug. 9.