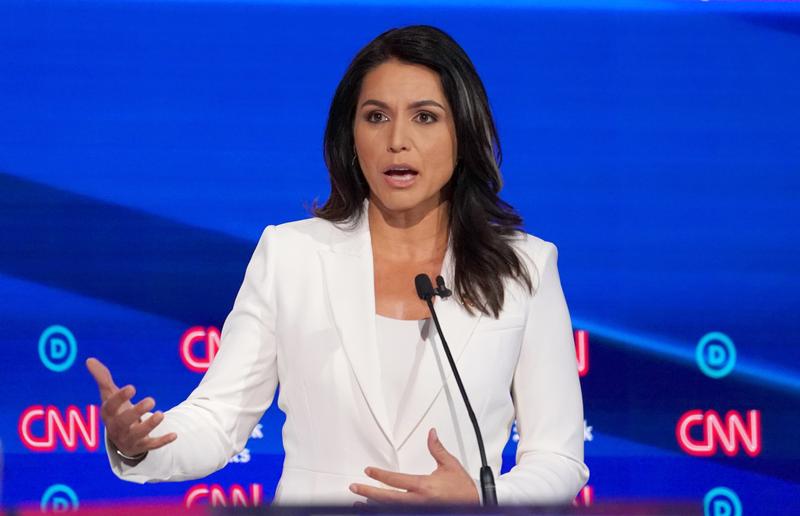 (Reuters) – U.S. presidential hopeful Tulsi Gabbard’s campaign announced that the Hawaiian Democrat will not seek congressional re-election, so as to focus on her 2020 bid for the highest elected office in the United States.

Gabbard, 38, an Iraq war veteran and now a major in the U.S. Army National Guard, has served seven years in the U.S. House of Representatives, having been first elected in 2012.

She is among a field of 18 Democrats seeking the party’s nomination to face U.S. President Donald Trump, and is one of five women running for the office.

“Gabbard committed to campaign for present; will not seek re-election to the House of Representatives,” her campaign announced on Twitter.

In a statement late on Thursday, Gabbard said, “I will not be seeking re-election to Congress in 2020, and humbly ask you for your support for my candidacy for president.”

The campaign for the Samoan-American and native of Hawaii has been mired near the bottom of the polls.

She is the first Hindu to serve in the U.S. House, and has centered her campaign on her anti-war stance. Twice deployed to the Middle East, she was one of the first female combat veterans elected to Congress.

Reporting by Rich McKay in Atlanta; Editing by Clarence Fernandez