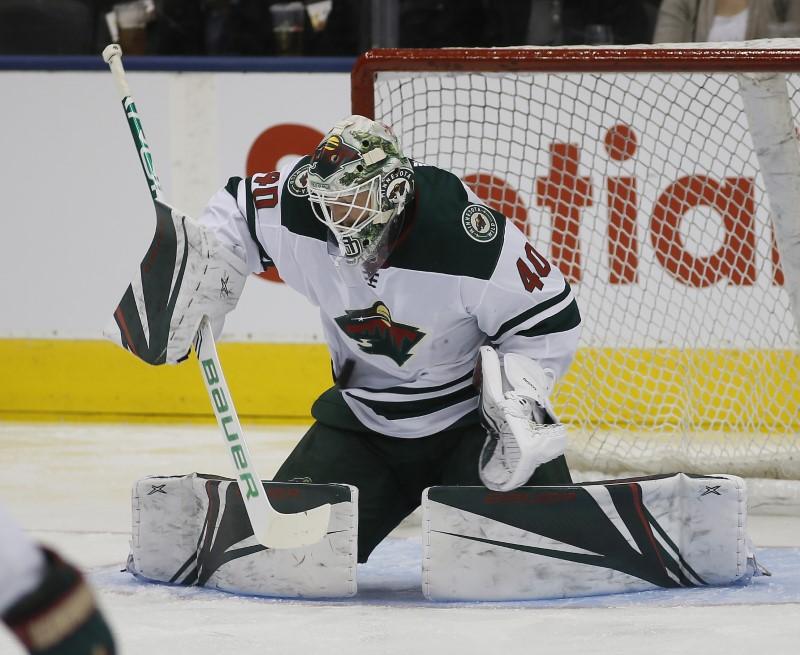 Minnesota goaltender Devan Dubnyk will miss the Wild’s Thursday game against the Nashville Predators with an upper-body injury, the team announced Wednesday.

Dubnyk is listed as day-to-day after being injured in a collision during the opening minutes of the second period Tuesday against the Edmonton Oilers.

Edmonton’s Brandon Manning slid into Dubnyk’s leg, and Minnesota’s Ryan Donato fell to the ice and was also sliding into the goal area. Dubnyk couldn’t avoid Manning, and the contact flipped him to where he landed heavily on his upper back and head. He was replaced by Alex Stalock, who made 16 saves to complete a combined 3-0 shutout. Dubnyk, 33, had nine saves before leaving.

Dubnyk, a three-time All-Star, is just 2-5-0 with a 3.92 goals-against average and .880 save percentage in seven games this season.

Rantanen was injured after he toe-picked the ice with his left skate early in the second period of Colorado’s 3-1 loss to the St. Louis Blues on Monday. He did not return.

Rantanen, who signed a six-year, $55.5 million contract this summer, is tied with linemate Nathan MacKinnon for the team lead in goals (five) and points (12) this season.

Both players were placed on injured reserve. General manager Pierre Dorion said White has been playing through the injury, which is believed to have occurred Oct. 19 against Arizona.

In a corresponding move, the Senators recalled forwards Logan Brown and J.C. Beaudin from Belleville of the AHL.