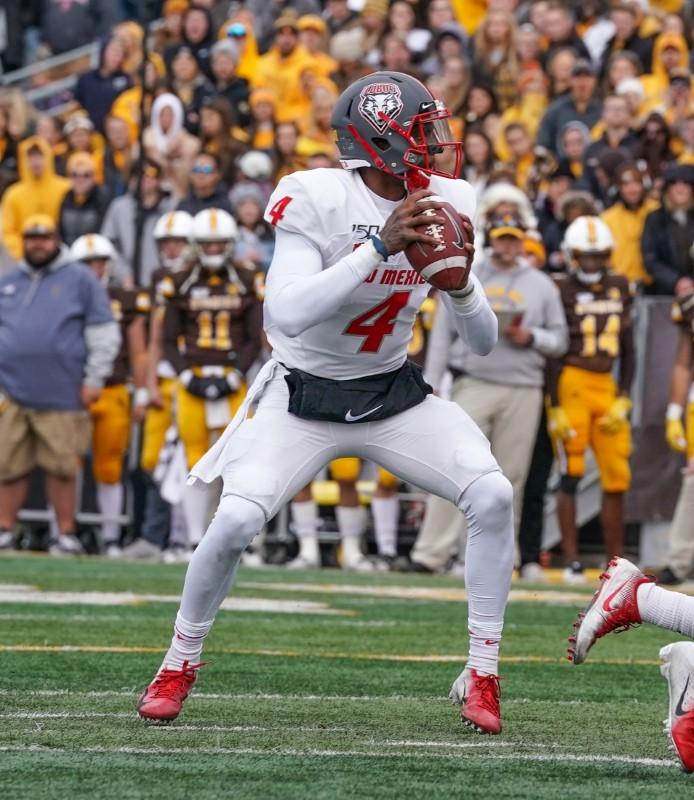 KOB-TV in Albuquerque reported Wednesday that Jones was arrested Oct. 18 after he allegedly exposed himself to a woman in a campus parking garage.

The TV station said the alleged victim saw Jones drive past her several times and she asked him if he was OK. His reply was, “No, can you give me 10 seconds?”

She said she recognized him from social media, and the surveillance video from the time of the alleged incident showed a vehicle license plate that matched that of Jones.

When Davie announced the suspension Tuesday, he said it had “absolutely nothing to do with his conduct as far as football or game-related.”

Jones was a four-star recruit in the Class of 2015 at Tennessee but left the program after two seasons, one as a redshirt. He spent a year at Mt. San Jacinto College in his native California before joining New Mexico in 2018.

Last season, he appeared in 11 games (seven starts) and accounted for 1,703 yards of total offense. He threw 13 touchdown passes and 12 interceptions.

In 2019, he has shared time with redshirt sophomore Tevaka Tuioti. On the season, Jones has completed 44.7 percent of his passes with two touchdowns and seven picks. He also is third on the Lobos in rushing with 204 yards and has rushed for three touchdowns.