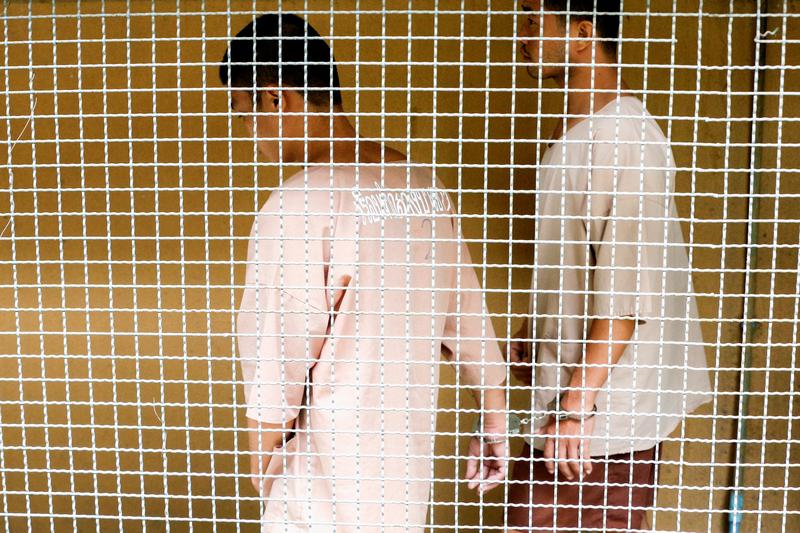 BANGKOK (Reuters) – Two migrant workers from Myanmar on death row in Thailand for the murder of two British backpackers in 2014 have submitted a request for King Maha Vajiralongkorn to commute their sentence to imprisonment, their lawyer said on Thursday.

The workers, Zaw Lin and Win Zaw Htun, both 26, were sentenced to death for the murder of David Miller, 24, and the murder and rape of Hannah Witheridge, 23, whose bodies were discovered on a beach of a popular tourist island in September 2014.

The two Myanmar men were convicted and sentenced to death in 2015, and the verdict was upheld by an appeal court in 2017 and the Supreme Court in August.

“We have submitted a petition appealing for a reduction in the sentence to imprisonment so that the two can continue to live,” their lawyer, Nakhon Chompuchat, told Reuters after submitting the petition to authorities at Bang Kwang maximum security prison.

“There are still opportunities for them to do good and if one day they can get out of prison they can go out to look after their parents,” he said.

Thai law allows those sentenced to death to seek a pardon within 60 days of their final conviction, but if the request is dismissed then an execution can go ahead.

Thailand carried out its first execution in years in June last year, when a murder suspect was put to death by lethal injection. In the nine years prior to that execution all death sentences were commuted, and usually in such cases the sentences were reduced to life imprisonment.