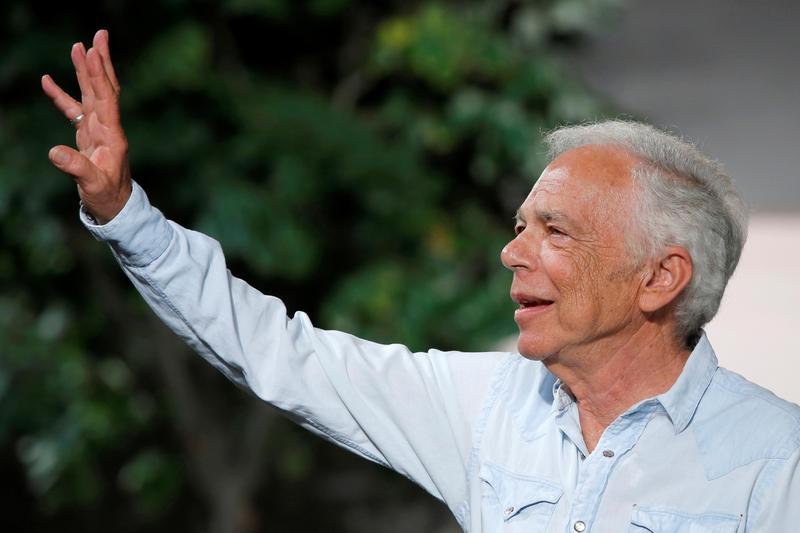 “Sometimes, if I paid attention to it, it was difficult,” Lauren said in an interview with Reuters. “But I tried to ignore it.”

The documentary, which chronicles Lauren’s life from his childhood days in the Bronx to opening stand-alone stores worldwide, made its debut at New York’s Metropolitan Museum of Art on Wednesday, attended by a who’s who in the worlds of fashion and entertainment.

“He’s a great American hero,” Wang told Reuters in a red carpet interview. “He really brought the American experience to the whole world and I doubt that would be possible today to reproduce.”

Lauren, 80, said former HBO Chief Executive Richard Plebler presented the idea of a documentary at dinner one evening, saying he was a big fan of the designer. He began to consider the proposition because at the time, Ralph Lauren Corp was approaching a big milestone.

“It was my 50th anniversary.” said Lauren, whose children also encouraged him to move forward with the project. “If I’m going to do something, I might as well do it now.”

Produced and directed by Susan Lacy, the documentary features archival footage from the fashion brand as well as interviews with Lauren’s family and the likes of Anna Wintour, Karl Lagerfeld and Naomi Campbell. It also includes home videos that show a playful Lauren, dancing and playing basketball with his kids.

When asked what their reaction was when they saw the completed film, Lauren and Lacy both said they cried.

“I choked up a little bit,” Lauren said. “It’s emotional to see your children when they’re little, (and then) see them growing up.”

“It’s hard to look like at your life and see it flash before you,” added Lacy, who conducted interviews with Lauren at his various homes, including his house in Montauk and ranch in Colorado.

Asked what he wants people to take away from the documentary, Lauren said “I want people to feel that they can do things, to come from nowhere, to stick to your guns and believe that you can be good and to see that others have done it and you can too.”