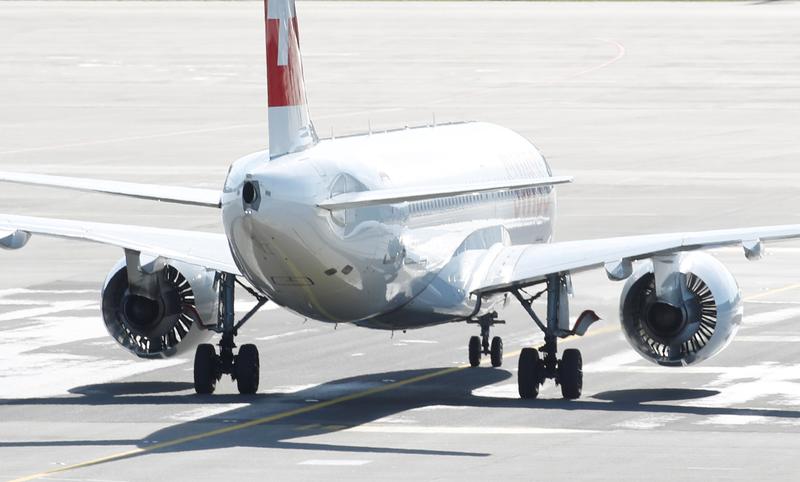 FILE PHOTO: An Airbus A220 jet of Swiss Airlines is seen at Zurich airport in Zurich, Switzerland October 16, 2019. REUTERS/Arnd Wiegmann

PARIS (Reuters) – A probe into a series of engine failures on Airbus’s smallest jet, the A220, is studying whether a software change set off unexpected vibrations that damaged fast-moving parts and forced three emergency landings, people familiar with the case said.

The airline Swiss briefly halted its fleet of A220 jets for checks after a third flight in as many months was forced to divert with engine damage on Oct 15. Engine maker Pratt & Whitney has also ordered checks on similar engines worldwide.

Investigators are focusing their attention on recent changes in engine software that may have caused parts that compress air inside the engine to be set in a way that caused mechanical resonance or destructive vibrations, two of the people said.

Neither the aircraft nor the engine have been grounded but pilots have been told to avoid certain combinations of thrust settings and altitude to avoid the risk of a new problem until the root cause of the three Swiss engine failures can be found.

A third source said it may take until December to confirm the cause, while other scenarios have also not been ruled out.

Officials at the U.S. National Transportation Safety Board (NTSB), which is leading an investigation into the recent failures involving the U.S.-built engine, declined comment.

The European Union Aviation Safety Agency (EASA) said it was monitoring the situation closely and coordinating with the U.S. Federal Aviation Administration.

The head of Pratt & Whitney parent United Technologies (UTX.N) said earlier this week it was working on finding the cause and remained confident in the new fuel-saving engine.