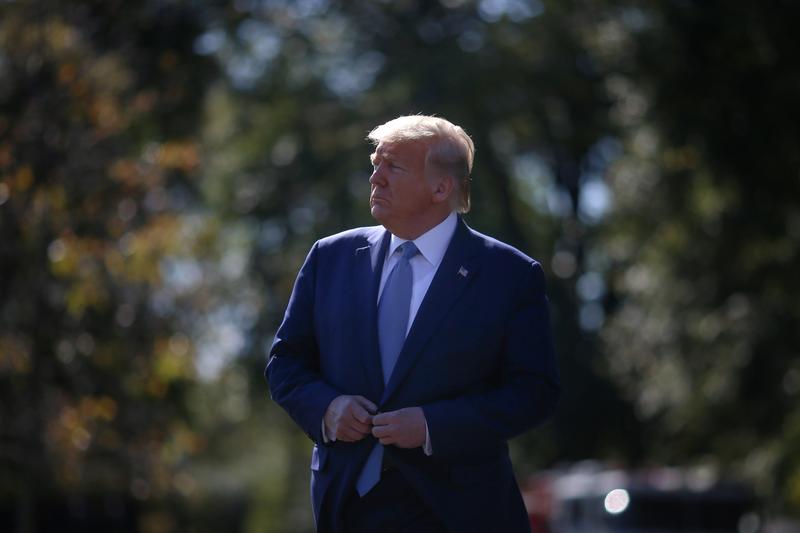 PITTSBURGH/WASHINGTON (Reuters) – President Donald Trump on Wednesday affirmed plans to pull the United States out of the Paris climate agreement, less than two weeks before his administration can formally start the process.

FILE PHOTO: U.S. President Donald Trump leaves the White House as he departs for travel to Pennsylvania from the South Lawn of the White House in Washington, U.S., October 23, 2019. REUTERS/Tom Brenner/File Photo

At an energy conference in Pittsburgh, Trump touted surging U.S. natural gas and crude oil output, his efforts to roll back regulations on energy industries, and his administration’s intention to pull the United States from the 2015 international climate agreement.

“The Paris accord would have been shutting down American producers with excessive regulatory restrictions like you would not believe, while allowing foreign producers to pollute with impunity,” said Trump, who shared the stage with dozens of workers wearing hard hats.

“What we won’t do is punish the American people while enriching foreign polluters,” he said, adding: “I’m proud to say it, it’s called America First.”

Opponents of leaving the agreement say it harms U.S. global leadership on the transition to a cleaner economy with technologies to boost wind and solar power, advanced batteries and energy conservation.

“Instead of projecting strength, this action weakens America on the world stage and cedes leadership on climate change and other challenges of our time to countries like Russia and China,” said Neera Tanden, president and chief executive of the Center for American Progress, a liberal think tank.

Trump often boasts he has already pulled the country out of the pact. But the first day he can officially start the process has not yet arrived. According to the terms of the agreement, Trump can submit a letter on Nov. 4 to the United Nations to start the clock to withdraw the United States formally from global climate pact.

Withdrawing takes one year, which would mean the United States would leave the agreement one day after the Nov. 3, 2020, presidential election.

Although Trump initially said he may seek to renegotiate the terms of the Paris agreement to make it more favorable to the United States, submitting the letter closes the door to that possibility. Trump says the deal was costly for the United States, the world’s second-largest emitter of greenhouse gases after China.

The United States, under former President Barack Obama, had pledged under the Paris accord to cut greenhouse gas emissions by as much as 28 percent from 2005 levels by 2025 to help slow global warming.

Andrew Light, a former State Department official during the Obama administration that helped broker the Paris agreement, said the formal withdrawal would make it difficult for U.S. diplomats who participate in other discussions like the G7.

“It will take some time to recover from this train wreck of U.S. diplomacy,” said Light, currently a senior fellow at the World Resources Institute.