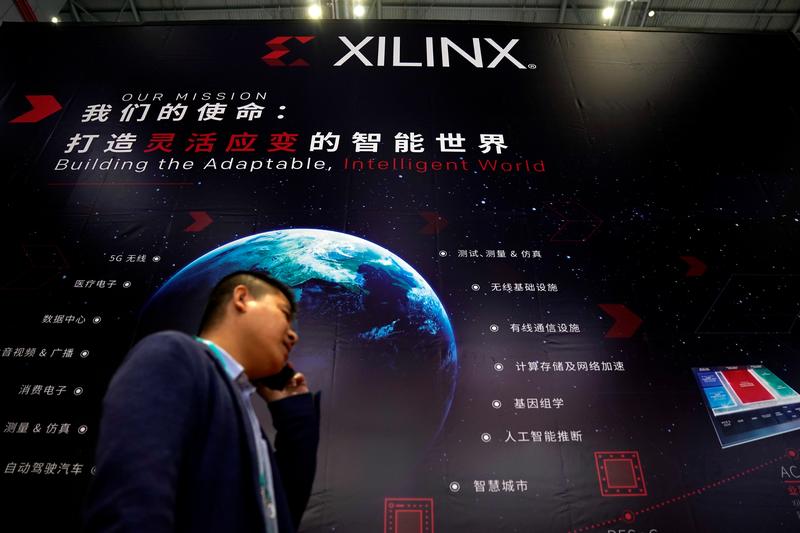 (Reuters) – Xilinx Inc (XLNX.O) on Wednesday forecast current-quarter and full-year revenue below Wall Street estimates, the second major chipmaker this week to flag the impact of a prolonged U.S.-China trade dispute on its business.

The company said the forecast takes into account the impact from the U.S. government’s restrictions on Huawei Technologies Co Ltd and assumes no revenue from the Chinese telecommunications firm.

Xilinx, which has resumed some sales to Huawei since the ban in May, said the U.S. government has not approved its license applications to permit shipping more products to Huawei.

Shares of Xilinx, which makes programmable chips used in data centers, were down nearly 2% in extended trading.

The bleak outlook spooked investors and analysts alike, with “Huawei” finding 35 mentions in Xilinx’s post-earnings call, as brokerages scrambled to figure out the breadth of what Xilinx Chief Executive Officer Victor Peng described as a “significant impact”.

“We really hope that the governments can come to agreement and resolve this structural issue so we can continue to engage with Huawei,” Peng said.

Trade uncertainty is causing some customers to exercise caution in ordering, Peng noted, echoing similar concerns from Texas Instruments a day before.

Xilinx said it expects third-quarter revenue of between $710 million and $740 million, well below analysts’ average estimate of $844.9 million, according to IBES data from Refinitiv.

“We believe that third quarter will be our low point and we expect to see a return to sequential revenue growth in our fourth quarter,” the company said.

The company’s board, which on Wednesday approved a share buyback plan of up to $1 billion, is looking for a new financial chief after CFO Lorenzo Flores said last month he is stepping down to pursue another executive opportunity. On the call, the company did not provide any update on the CFO transition.

Excluding items, the company earned 94 cents per share in the quarter, above estimates of 89 cents.

Reporting by Munsif Vengattil in Bengaluru; Editing by Maju Samuel