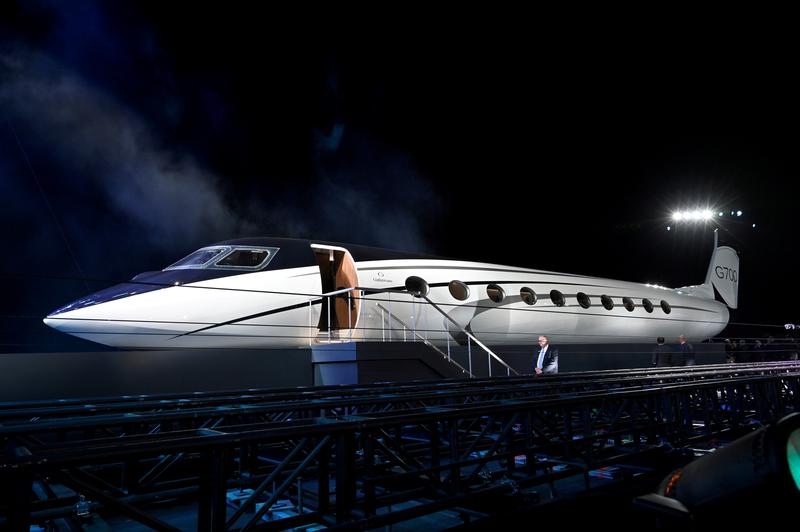 “Based on the inputs we’re seeing right now and the contracts that will deliver in the fourth quarter, we would expect to see, at this point, more pre-owned aircraft in sales in the fourth quarter,” Chief Financial Officer Jason Aiken told investors on a conference call, with margins on pre-owned aircraft not being as profitable as those for new jets.

In morning trading, shares of the U.S. aerospace and defense company fell 3.5% to $173.56 after earlier sinking about 4%. Shares had surged 2.5% on Tuesday ahead of the earnings report.

Revenue in the aerospace unit jumped 23% to $2.5 billion in the third quarter ended Sept. 29, as new Gulfstream deliveries, a key metric for investors, increased to 38, from 27 a year earlier.

The company delivered some of its first G600 jets to customers in August.

Chief Executive Office Phebe Novakovic told analysts on the conference call on Wednesday that the first flight of the new jet would be in December.

Profit margins at the aerospace unit fell nearly three percentage points to 15.8% from 18.5% in the same quarter last year as the company invested in G600 and G700 jet production.

Operating earnings from the Marine Systems unit, which makes ships and submarines for the U.S. Navy, rose to $209 million, a 24% increase compared to the same quarter a year ago.

Combat systems, which makes tanks, saw its revenue go up 14% from last year to $1.7 billion. In July, the U.S. State Department approved the possible sale to Taiwan of 108 of General Dynamics’ M1A2T Abrams tanks, angering China.

Reporting by Mike Stone in Washington, D.C. and Dominic Roshan K.L. in Bengaluru; Editing by Steve Orlofsky and Bernadette Baum