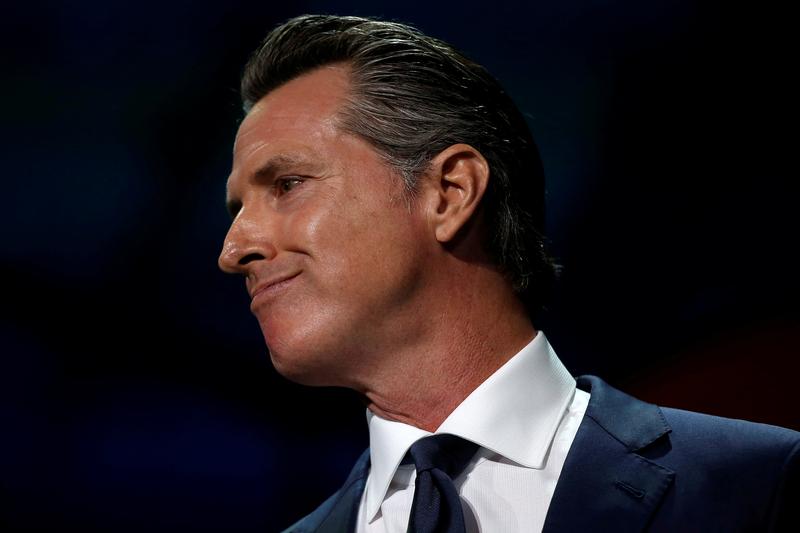 WASHINGTON (Reuters) – The United States on Wednesday sued California for entering a climate agreement with Canada’s Quebec province, saying the state had no right to conduct foreign policy, in the latest feud between the Trump administration and the state.

President Donald Trump’s administration argued in the lawsuit that California’s 2013 agreement to link its emission-trading program – the centerpiece of its climate change policy – to Quebec’s violates the constitution, which prohibits states from making treaties or pacts with foreign powers.

“The state of California has veered outside of its proper constitutional lane to enter into an international emissions agreement. The power to enter into such agreements is reserved to the federal government, which must be able to speak with one voice in the area of U.S. foreign policy,” Assistant Attorney General Jeffrey Bossert Clark said in a statement.

California, the most populous state and one of the top 10 largest economies in the world, has positioned itself as a leader on climate change action in the absence of federal leadership on the issue, setting off numerous political and legal battles with Washington.

Trump, a Republican who questions the science behind climate change, has eased regulations on the oil, gas and coal industries and intends to pull the United States out of the 2015 Paris agreement on climate change.

California’s Attorney General Xavier Becerra countered on Wednesday that the Trump administration is attempting to “chip away” at the cap and trade program it has had in place since 2012, which he said was “strengthened” by linking with Quebec.

California and Quebec’s emissions-trading programs are connected through the Western Climate Initiative, a carbon market program in which governments set a steadily declining limit on emissions, and polluters that cut emissions quickly can sell credits to others that need more time.

Environmental lawyers said the three Republican and Democratic governors in California who designed the cap-and-trade system and authorized its linkage with Quebec’s market were on “solid legal and constitutional ground.”

California Governor Gavin Newsom said the Trump administration has a “political vendetta” against his state and its policies on climate change.

“This latest attack shows that the White House has its head in the sand when it comes to climate change and serves no purpose other than continued political retribution,” he said in a statement.

Over the last few weeks, the Trump administration has gone after California on several fronts.

In September, the administration said it would revoke California’s authority to set strict car pollution rules that nearly two dozen states had adopted. Those states, including New York, New Mexico and Minnesota, sued the administration to prevent Trump from blocking the California standard.

One week after that, the administration accused California of failing to enforce the U.S. Clean Air Act and threatened to withdraw billions of dollars in federal highway funds in response.

The Trump administration also last month sent a letter to Newsom, a Democrat, accusing the state of violating clean water laws here by allowing human waste from homeless residents to enter its waterways.

Hundreds of former EPA employees are urging a congressional probe into whether the agency’s feud with California represents retaliation for the state’s failure to support Trump’s political agenda.

This marks the latest in a string of lawsuits that the Justice Department has filed against California throughout the Trump administration.

The Justice Department has also sued over a state “net neutrality” law that aims to create an equal playing field to prevent major internet providers from blocking, slowing down or giving preferential access to online content.

Legal experts said it is unclear whether the Trump administration can break up California and Quebec’s agreement because there is no legal precedent.

“There much uncertainty in this area of U.S. constitutional law because the courts have not made many rulings in this area,” said David Wright, a law professor at the University of Calgary.

He said the legal limbo may affect market confidence in the joint emissions trading system.