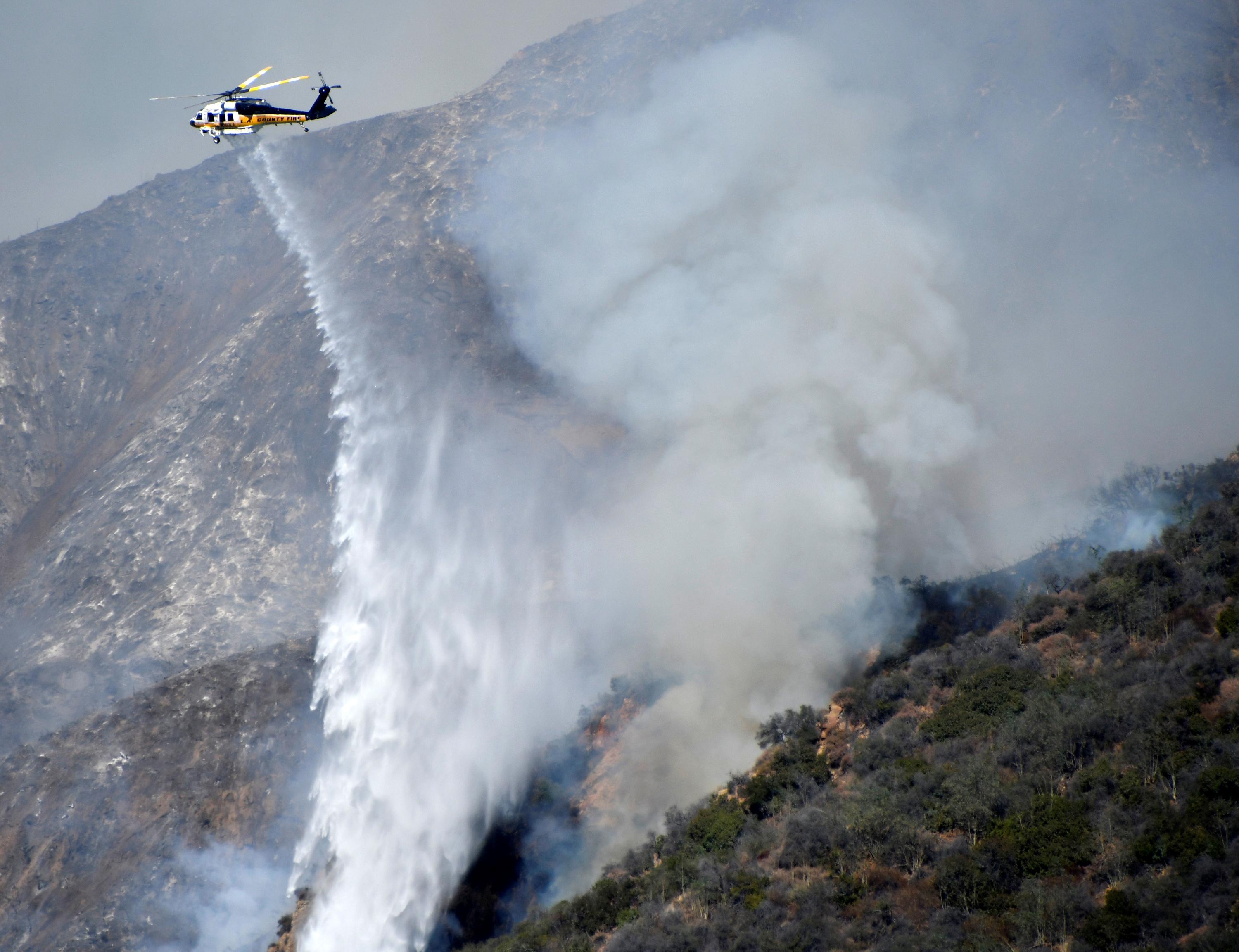 LOS ANGELES (Reuters) – A wildfire raced up a steep hillside to threaten scores of homes in the Los Angeles coastal enclave of Pacific Palisades on Monday, prompting evacuations as water-dropping helicopters and firefighters swarmed the area to battle the flames.

Live aerial video footage broadcast by KABC-TV showed tall flames raging along a ridge-line at the edge of a neighborhood, burning perilously close to several homes as authorities urged residents to flee.

Los Angeles Fire Department spokesman Brian Humphrey said on the broadcast that winds were relatively light, helping to keep the blaze in check by reducing the amount of burning embers blown into the air.

Still a pall of thick white and brown smoke was visible for miles around the fire, which scorched an estimated 30 acres of steep slopes thick with dry brush and chaparral.

Large, repeated water drops from helicopters kept the fire from advancing into a neighborhood closest to the flames, and the fire appeared to have been largely subdued within an hour, with no injuries or serious property damage reported.

Initially, a mandatory evacuation was ordered for about 200 homes, as ground teams and helicopters worked on putting out hot spots and carving containment line around the fire zone’s perimeter.

However, at around 8 p.m. (0300 GMT), the Los Angeles Fire Department said, “all evacuation orders have been lifted from the Palisades fire, residents in the impacted area can return home.”

“Everyone in high fire danger areas should be cautious and ready to quickly evacuate,” it added.

Earlier, residents who had been trying to help douse the blaze with garden hoses from their backyards were seen scrambling for cover at one point when a large clump of vegetation burst into heavy flames.

The blaze in Pacific Palisades, located between Santa Monica and Malibu about 18 miles (29 km) west of downtown Los Angeles, came about two weeks after a major wind-driven wildfire scorched nearly 8,000 acres (3,200 hectares) along the northern edge of Los Angeles, damaging or destroying dozens of structures and prompting evacuations of some 23,000 homes.

Reporting and pictures by Gene Blevins in Los Angeles; Additional reporting and writing by Steve Gorman in Culver City, Calif. and Subrat Patnaik in Bengaluru; Editing by Tom Brown and Christian Schmollinger