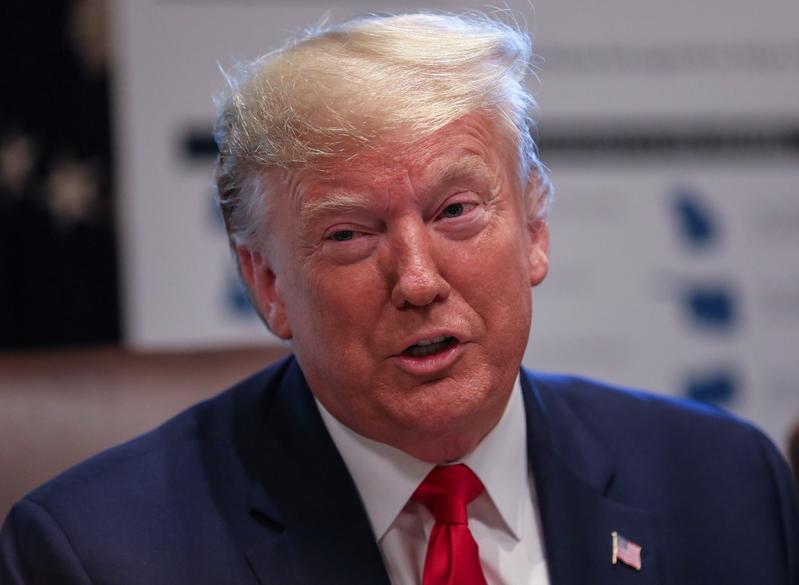 WASHINGTON (Reuters) – U.S. lawmakers conducting an impeachment inquiry into President Donald Trump will hear on Tuesday from the top U.S. official in Ukraine, who once said it was “crazy” to withhold military aid for the country for domestic political reasons.

William Taylor, a former Army officer and career U.S. diplomat now leading the U.S. embassy in Kiev, will be the latest in a series of current and former officials to meet behind closed doors with the Democratic-led House of Representatives Foreign Affairs, Intelligence and Oversight Committees in the month since the probe began.

Committee members and staff are examining whether the Republican Trump abused his office by improperly putting pressure on Ukraine to launch an investigation of former Vice President Joe Biden, a political rival and leading candidate for the Democratic 2020 presidential nomination.

Taylor’s testimony is of particular interest to investigators because of his leading role at the embassy in Ukraine. He raised concern about military assistance being withheld from Kiev to put pressure on Ukrainian President Volodymyr Zelenskiy to investigate Biden and his son, Hunter, who was on the board of a Ukrainian gas company.

The investigation was largely prompted by a whistleblower’s report that Trump may have pressured Zelenskiy to investigate the Bidens in a July 25 telephone call.

Taylor mentioned his concern on Sept. 9 to Kurt Volker, the State Department’s former special envoy to Ukraine, and Gordon Sondland, the U.S. ambassador to the European Union, in a text message provided to investigators and later made public.

“As I said on the phone, I think it’s crazy to withhold security assistance for help with a political campaign,” Taylor wrote.

Taylor was tapped to serve as charge d’affaires in Kiev, where he served as U.S. ambassador from 2006 to 2009, after Trump abruptly recalled Ambassador Marie Yovanovitch in May after she came under attack from his personal lawyer, Rudy Giuliani.

Yovanovitch testified in Congress on Oct. 11.

Committee members said they were eager to hear from Taylor. They want to know about the text messages as well as any telephone calls he may have had with other U.S. officials and with Giuliani, who has played an informal role in U.S. relations with Ukraine.

“We know he’s an important witness because of the exchange of text messages. We know he’s the one who suggested it’s crazy to withhold aid,” said Democratic Representative Ted Deutsch, a member of the Foreign Affairs Committee.

Trump has acknowledged many of the central facts related to the telephone call, maintaining that none of it amounted to wrongdoing or a demand for a “quid pro quo,” a Latin phrase meaning a favor in exchange for a favor.

On Monday, Trump exhorted fellow Republicans to get tougher and fight for him, accusing the Democratic-led House of wanting to impeach him “as quick as possible” because he says they cannot defeat him in next year’s election.

Taylor is the first of just two witnesses scheduled to speak with the House committees this week. Lawmakers curtailed their schedule from seven after the death last week of Representative Elijah Cummings, chairman of the Oversight Committee.

A top Department of Defense official, Deputy Assistant Secretary Laura Cooper, is due to testify on Wednesday. Cooper has worked on Russia and Ukraine policy at the Pentagon.

The committees made clear they will press ahead despite Cummings’ loss.

“We will continue to pursue the impeachment inquiry with vigor in support of the investigation led by the Intelligence Committee,” Democratic Representative Carolyn Maloney, acting chairwoman of the Oversight Committee, said in a statement.

House approval of articles of impeachment would prompt a trial in the Republican-led Senate on whether to remove Trump from office.

Few Republicans have shown any inclination to conduct an inquiry into the president, let alone remove him from the White House.