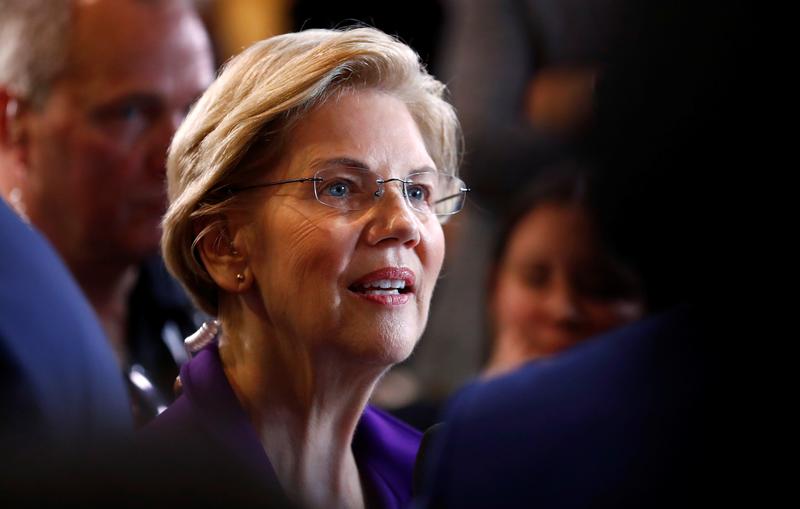 Warren, a Massachusetts senator and former teacher, joined a crowd of hundreds of teachers and parents outside an elementary school to back the Chicago teachers’ demands for more resources, and promised to boost funding for U.S. public schools if elected president in 2020.

“I’m here to stand with every one of the people who stand for our children every day,” Warren said to thunderous applause and cheers.

The teacher’s union called the work stoppage last week after contract negotiations failed to produce a deal on pay, overcrowding in schools and a lack of support staff such as nurses and social workers.

Warren, a leading progressive voice for the Democrats, is one of the top contenders aiming to secure her party’s presidential nomination and face off in next year’s U.S. election against President Donald Trump.

Her campaign proposals include making an $800 billion investment in public schools and canceling all student loan debt.

Sergio Criollo, a bilingual teacher who attended the rally, said he was encouraged by Warren’s appearance.

“The fact that presidential candidates are seeing what we are doing hopefully we will create a movement here in Illinois and other states,” Criollo said.

About 300,000 students have been out of school since Thursday when the system’s 25,000 teachers went on strike.

The strike is the latest in a wave of work stoppages in U.S. school districts, in which demands for resources have superseded calls for higher salaries and benefits. In Chicago and elsewhere, teachers have emphasized the need to help underfunded schools, framing their demands as a call for social justice.

On Tuesday, Chicago Mayor Lori Lightfoot said she was frustrated that part of the teachers’ union bargaining team was taking the day off from negotiations to partake in rallies. She has called for the union to end the strike and make a deal with the Chicago Public Schools (CPS).

“There should be a sense of urgency,” she said. “We have been making progress, not enough, not fast enough.”

Union President Jesse Sharkey said on Monday Lightfoot’s proposal only addresses 20% of overcrowded classes and that her support-staff proposals do not adequately meet the needs of the district.

With no end to negotiations in sight, teachers were planning to rally in downtown Chicago during rush hour on Wednesday morning, Union President Jesse Sharkey told reporters.

Lightfoot, who was elected in April, said the district offered a raise for teachers of 16% over five years, but could not afford the union’s full demands, which would cost an extra $2.4 billion annually.

Reporting by Brendan O’Brien in Chicago; Additional reporting by Gabriella Borter and Joseph Ax in New York and Rich McKay in Atlanta; editing by Richard Pullin and Bernadette Baum