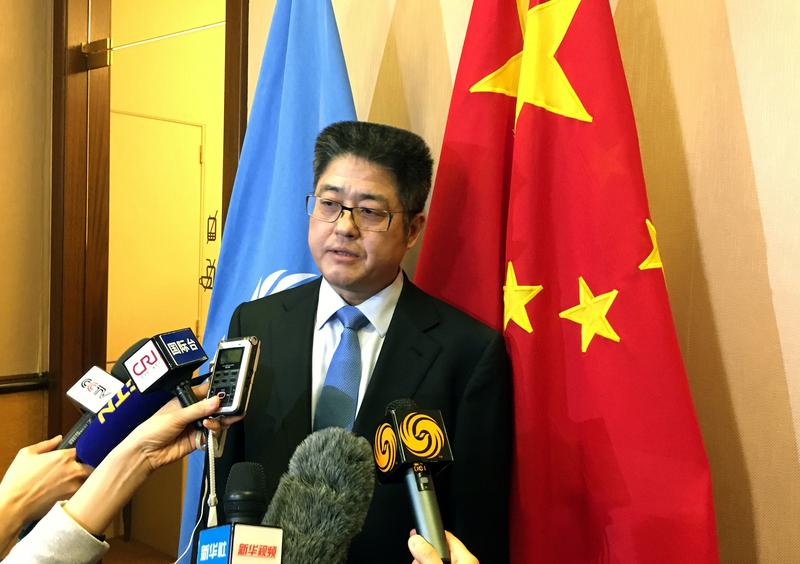 FILE PHOTO: China Vice Minister of Foreign Affairs Le Yucheng talks to the media after the Universal Periodic Review of China by the Human Rights Council at the United Nations in Geneva, Switzerland, March 15, 2019. REUTERS/Stephanie Nebehay

BEIJING (Reuters) – China and the United States have achieved some progress in their trade talks, Vice Foreign Minister Le Yucheng said on Tuesday, and any problem could be resolved as long as both sides respected each other.

No country can prosper without working with other nations, Le said at the Xiangshan Forum in Beijing, which China styles as its answer to the annual Shangri-La Dialogue security forum in Singapore.

The world wants China and the United States to end their trade war, he said. That required openness rather than a “de-coupling” of countries or a new Cold War.

China has been nervous that the United States is seeking to sever, or at least severely curb, economic ties in what has been called a “de-coupling”. Beijing fears that the Trump administration wants a complete separation with China.

The two countries have been working to resolve their trade dispute, with the United States announcing a “phase 1” deal with China on trade matters and suspending a scheduled tariff hike for October.

“As long as we respect each other and seek equal cooperation, there are no disagreements that cannot be resolved between China and the United States,” Le said.

“What China wants is to deliver a better life for the Chinese people. We don’t want to take anything from anyone else. There’s no such thing as China replacing anyone or threatening anyone,” he said.

China and the United States have accomplished much through cooperation over the years, Le said. “Why would we toss away the achievements of such cooperation?”