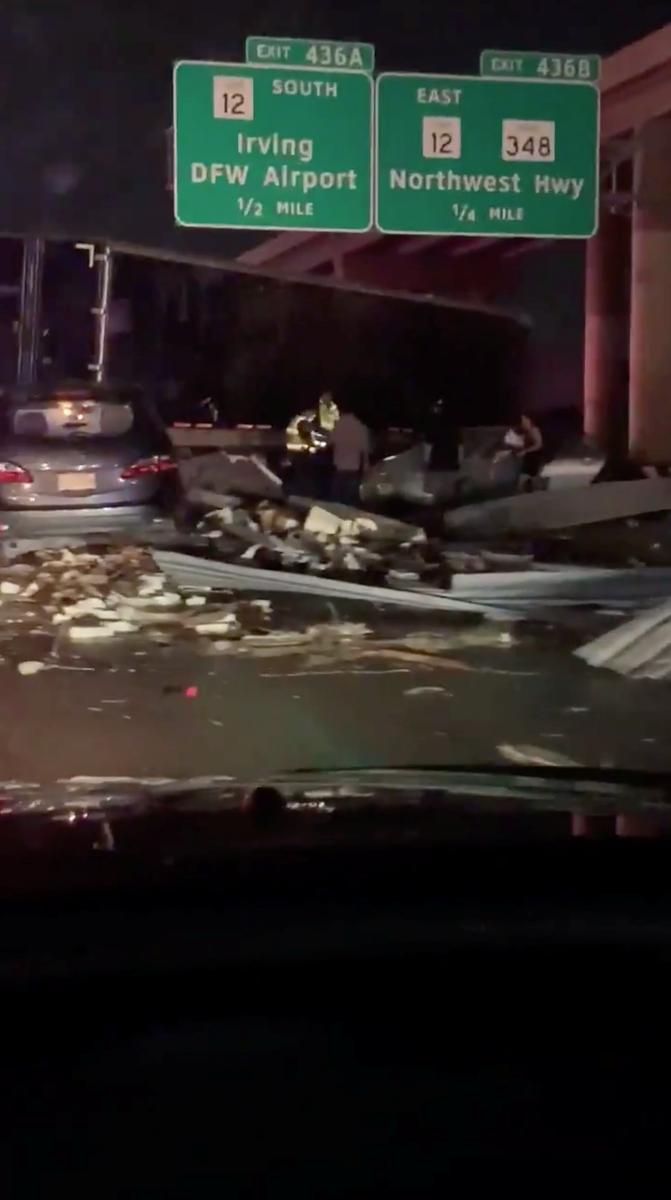 (Reuters) – Emergency responders on Monday were assessing damage from a tornado that plowed through parts of northern Dallas late on Sunday, knocking out power to more than 175,000 homes and businesses and delaying flights at regional airports.

The city’s emergency management department said on its website that 100 traffic lights were without power and several more were knocked down on Monday morning, and crews were still surveying the damage. There were no reports of fatalities.

Some 63,000 homes and businesses in Dallas county were still without power on Monday morning, according to PowerOutage.us.

The storm left a miles-long swath of destruction through Dallas, hitting near the Love Field airport in the city’s north, the National Weather Service’s Weather Prediction Center in College Park Maryland said early on Monday.

Video footage on Twitter showed collapsed roofs, overturned cars and homes reduced to piles of debris in the wake of the twister in Richardson, Texas, a northeast suburb of Dallas. Images showed the roof and walls of a Home Depot (HD.N) store had caved in, exposing a mangled web of ceiling beams.

“It was exactly one tornado that hit at 9:02 p.m.,” said National Weather Service meteorologist David Roth.

“We also saw golf ball- and baseball-sized hail in some areas and a narrow swath of north Dallas that got between one to three inches of rain,” Roth said, or the equivalent of 2.5 cm to 7.6 cm.

Reporting by Subrat Patnaik in Bengaluru, Rich McKay in Atlanta and Gabriella Borter in New York; Editing by Alex Richardson and Steve Orlofsky